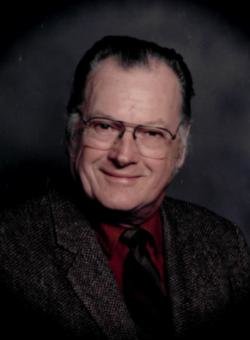 Delbert Ford Seely passed away at Ridgewood Veterans Wing on Wednesday, May 30, 2018 in his 98th year. He was the son of the late Addison and Rilla (Thorne) Seely. Delbert was predeceased by his wife, I. Phyllis (Clark) Seely and brothers, Jack, Charles, Bert, and sister, Pauline Legassick. He is survived by two sons: Richard (Susan), and Gary (Noreen); five grandchildren: Jennifer Seely (Jonathan Crowe), Peter Seely (Carla), David Seely, Matthew Seely (Dina), and Jason Seely; great-grandchildren: Brennan, Emma, Jack and Charlotte; sister-in-law, Marjorie Seely; and several nieces and nephews. Delbert was born in Havelock, NB. He received his early education in Hampton, NB. He attended Saint John Vocational School and UNB Fredericton. He joined the army in 1939 during World War II and served in north-west Europe where he attained the rank of Major. He commanded the New Brunswick Rangers 1944-1946. He was also Commanding Officer of the New Brunswick Scottish Regiment (Reserve) from 1949-1952 with the rank of Lt. Col. After the war he joined E.S. Stephenson & Co. Ltd. in 1946 as Sales Engineer. He purchased the company in 1952 and sold it in 1981 when he retired. He was active in business and community affairs for many years. He served on the Urban Renewal Commission, on the executive of Canadian Manufacturing Association, and Chairman of Workman’s Compensation Committee. He was a member of the Code Committee of the Canadian Elevator Association; a life member of the American Society of Heating, Refrigerating and Air Conditioning Engineers Inc.; and Past Chairman of the Industrial Safety Council of NB. He was Past President of the Canadian Infantry Association; Past President of the Canadian Club; Past President of the Gyro Club; Past President of the United Services Institute; and past member of the Union Club. He was a member of the Byng Boys Club, St. George’s Society, Brunswick Masonic Lodge #22, and Sand Point Outing Association. Delbert was a keen sailor and enjoyed many years sailing the waters of the St. John River, the Bay of Fundy, the coasts of Maine and Massachusetts. He was a founding member of the local branch of the Canadian Power Squadron and for several years he taught courses in piloting and navigation. He was a life member of the Power Boat Club and a past member of the Royal Kennebecasis Yacht Club. He was a long time member of Germain Street Baptist Church. Many thanks to the fine staff at Ridgewood for their excellent care over these past five years. Resting at Brenan’s Funeral Home, 111 Paradise Row, Saint John (634-7424). A funeral service will be held on Monday, June 18, 2018 at 2 pm from Brenan’s Funeral Home Chapel. Remembrances to the Canadian Cancer Society, the Heart and Stroke Foundation, or to the charity of the donor’s choice would be appreciated by the family. Please place online condolences and remembrances at www.brenansfh.com.

Share Your Memory of
Col.
Upload Your Memory View All Memories
Be the first to upload a memory!