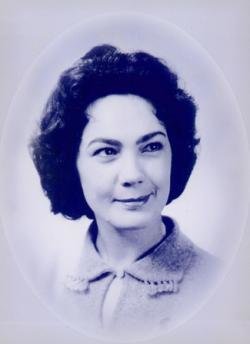 Surrounded by her loving family, Carmela Bourque passed away peacefully on August 27, 2018, at Embassy Hall in Quispamsis. Carm, or Carmie as she was affectionately known by her family, was born at home near Blockhouse, Nova Scotia, on May 2, 1934, to Kenneth Roy Vienot and Mary Ellen (Nellie) Callaghan Vienot. In 1940, her family relocated to her mother's hometown of Saint John. After she left school, Carm worked in the offices of several local Saint John businesses and eventually IBM. In 1966, she married Ken Bourque and they started married life in Ontario. She was offered the chance to transfer to IBM in Toronto, but decided to focus on raising a family. Carm and Ken returned to New Brunswick in 1968, and over the years lived in Saint John, Sussex, Cambridge Narrows and Fairvale. Carm was always active and, in addition to raising her children, enrolled in the Dale Carnegie course to conquer her fear of public speaking, joined Toastmasters, and took up downhill skiing in her forties. She was an active volunteer with the home and school association, the Sussex Figure Skating Club and other community organizations. Carm returned to the workforce in 1983, embarking on a successful career as a real estate agent. She also served on the board of the Saint John Real Estate Association. After retirement, she and Ken returned to Cambridge Narrows. Never one to be idle, Carm took on the challenges of renovating their farm house, and obtaining her GED and learning Spanish in her 70s. She was also a devoted grandmother to her five grandchildren. She and Ken enjoyed many trips to the Caribbean, eventually spending most of the winter months in their beloved St. Maarten. In recent years, Carm was diagnosed with Alzheimer's Disease and she spent the last two years at Embassy Hall in Quispamsis. Ken, Kevin and Kelly are so grateful to the staff for treating Carm like family and taking such good care of her. In addition to her husband of almost 52 years, Carm is survived by her son Kevin, of Sussex; daughter Kelly (John Tsiptsis) of Toronto; step-daughter Karen of Orillia, Ontario; grandchildren Jonathan & Jay Pellerin; and Owen, Drew & Alexandra Tsiptsis. She is also survived by her sister Valerie Morris of Gagetown; brother Julian Vienot of Bradford, Ontario, brother Keith Vienot of Quispamsis; and sisters Ann O'Connor and Sandra Lee Malley of Victoria, BC. She is also survived by many cherished brothers- and sisters-in-law, nieces and nephews. She was predeceased by her parents, her brothers Eric and Ferdinand and her sisters Lorna, Shirley and Nancy. Resting at Brenan’s Funeral Home, 111 Paradise Row, Saint John (634-7424) with visiting on Thursday, August 30, 2018, from 2-4PM & 6-8PM. A funeral service will be held on Friday, August 31, 2018, at 12 PM from Brenan’s Funeral Home Chapel. In lieu of flowers, those who wish may make a remembrance in Carm’s memory to the Alzheimer’s Association or a charity of their choice.

Share Your Memory of
Carmela
Upload Your Memory View All Memories
Be the first to upload a memory!
Share A Memory