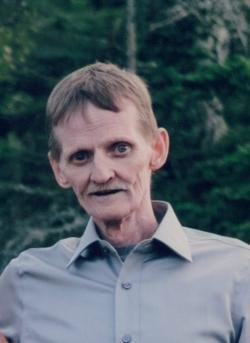 It is with heavy hearts that the family of Donald Marr, husband to Rhonda (McLeod) Marr, announces his passing which occurred on Tuesday, August 28, 2018 at the Saint John Regional Hospital. Born on July 20, 1958 in Saint John, he was a son of the late James and Katherine (Brookins) Marr. Donald was a family man, who enjoyed playing golf and his Tim’s coffee. He would do anything for his family and friends; he was giving, selfless and kind hearted, and known to be quite funny at times. Above all, his family came first. Donald will be lovingly remembered by his family, his wife Rhonda, their children:, Malcolm (Deanna) Marr, Shelley Marr, Brittani (Matthew) MacDonald and Devin Marr (Alex Janes), his grandchildren: Kyla, Abbey, Gabby, Stark and Vicky, his brothers: Ron (Tina) Marr and Wayne (Marilyn) Marr, along with many nieces, nephews and members of his extended family. Besides his parents, Donald was predeceased by his siblings: Pat Marr and Kathy Brideau. Arrangements have been entrusted to Brenan’s Funeral Home, 111 Paradise Row, Saint John (634-7424) where visitation will take place on Friday, August 31 from 2-8. A Memorial Service will take place on Saturday, September 1 at 10 am from Brenan’s Funeral Home Chapel and interment will take place at Fernhill Cemetery. For those who wish, remembrances may be made to the Oncology Department at the Saint John Regional Hospital.

Share Your Memory of
Donald
Upload Your Memory View All Memories
Be the first to upload a memory!
Share A Memory