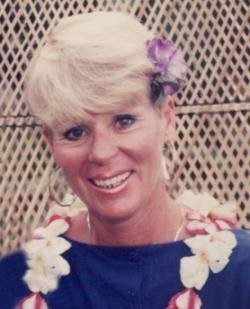 It is with a great sense of loss that the family of Julia "Judy" Ellis, cherished wife of the late Walter Ellis, announces her passing which occurred on Saturday, February 2, 2019 at the Loch Lomond Village. Born on January 20, 1940 in Saint John, she was the daughter of the late James and Mary Elizabeth (Pitre) Kemp.

Judy was employed as a nurse at St. Joseph’s Hospital during her early years, having graduated from St Joseph’s School of Nursing in 1960 as an RN. Following Walter's diagnosis with Kidney Disease in 1968, Judy chose to leave St. Joseph’s and nurse Walter at home on home dialysis until Walter received his kidney transplant in 1985. Judy was very involved in her community, having served on various committees and councils over the years such as the Kidney Foundation (founding member of the NB branch); Labatts 24 Hour Relay; the Terry Fox Run; Saint John Track Club (founding member); the Saint John Sports Hall of Fame Selection Committee; Canada Games Track and Field Meet Director and Mission Staff (1985 and 1989); World Junior Track and Field Meet Director and consultant (1988 Sudbury Ontario); and Special Olympics. Judy, along with Walter, was inducted into the Saint John Sports Hall of Fame in 1995. Her many awards include the Terry Fox Humanitarian Award, and the 1985 Canadian Track and Field Official of the Year. Judy loved walking with her dog Maggie in Millidgeville and on Harbour Passage, and is sure to be missed by the many friends she made along her way. Judy took great pride in her home on Ragged Point Road, and enjoyed her many days spent at the Ragged Point Beach with her grandchildren Michael and Julia as they grew up. Judy loved gardening, crafting, and spending time with her family.

Judy will be lovingly remembered by her daughter, Sue Ellis Loparco (Paul) of Saint John; precious grandchildren, Michael Loparco (Sara) and Julia Loparco; adored great-grandson, Elliot; sisters, Elizabeth Steeves (Hart) of Ottawa and Margaret Guay (Albert) of Saint John; sister-in-law, Inez Kemp of Saint John; as well as many nieces and nephews. Besides her husband and parents, she was also predeceased by her brothers, James and Gerald Kemp.

For those who wish, remembrances may be made to the Alzheimer Society of NB or the Kidney Foundation of Canada - Atlantic Canada Branch.

Share Your Memory of
Julia
Upload Your Memory View All Memories
Be the first to upload a memory!