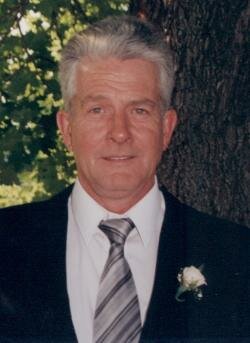 The death of William Douglas Allen occurred peacefully at the Saint John Regional Hospital surrounded by his wife Marion and daughters Cheryl and Pauline on Sunday, April 16, 2017. Born on September 28, 1946 in Saint John, Doug was the son of the late William and Mildred (Carr) Allen. Doug is survived by his wife Marion (Donald) Makepeace; daughters, Cheryl (Andrew) and Pauline (Ewen); step-sons, Scott (Jackie), Shaun (Rhonda) and Brent; six grandchildren, Keegan, Brayden, David, Sarah, Ryan, and Katie; brother Reg (Marg) and sisters, Marg, Anne (Andy); and many nieces and nephews. Besides his parents, Doug was predeceased by half brother Wayne Carr and brother in law Jim Price. Doug graduated from the Saint John Vocational School initially pursuing sales and moving on to transportation. Over the years, Doug was an owner/ operator, Terminal Manager, and finally rounding out his career as a school bus driver for District 8 until his retirement in 2013. Doug was so well liked and easy going, not to mention a handsome fellow. He had many hobbies and interests including curling, bowling, gardening, model trains, fishing and hunting. You could often find Doug asleep in front of his favourite TV program with his buddy TJ. The way to Doug’s heart was through his stomach. He loved food and especially sweet treats. His bus always had candy for the kids on Fridays. Nothing could bring Doug down. He overcame many health issues and took it all in stride. Rest easy. The family wishes to extend their heartfelt thanks to the staff of 4C North and palliative care. Arrangements are under the care and direction of Brenan’s Funeral Home, 111 Paradise Row, Saint John (634-7424). By request of the family there will be no visitation. A burial service will be held at Wesley United Cemetery - Brown's Flat, NB. For those who wish remembrances in memory of Doug may be made to the NB Lung Association or the charity of the donor’s choice.