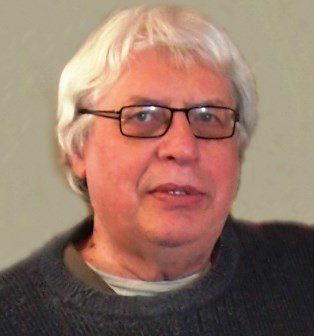 It is with heavy hearts that the family of William “Bill” Calhoun of Quispamsis announce his sudden passing, which occurred on Monday, June 3, 2019 at his home.  Born on February 11, 1953 in Saint John, he was the son of the late William Henry and Mary Pauline (Olsen) Calhoun.

Bill previously worked on the Princess of Acadia for Bay Ferries.  He was the best brother that anyone could have asked for and will be greatly missed by his sister Brenda, who will always remember the “little things” that he did for her.  Bill looked forward to the times spent with those he loved and was thought of as a father figure by his nieces and nephew.  He always held a special place in his heart for animals, was an avid sports fan, enjoyed music and loved science fiction.  Bill was a loyal Game of Thrones fan and strongly felt that Daeny was the rightful heir to the Iron Throne.

In addition to his sister, Brenda, Bill is survived by his nieces, Jennifer Cooley (William) of Missouri and Melanie Greenlaw (David Isaac - who especially enjoyed their chats and thought the world of Bill) of British Columbia; nephew, Raymond Greenlaw (Jihye Bae) of Ontario; great-niece, Chloe; great-nephew, Liam and beloved dog, Leo.  In addition to his parents, he was predeceased by his brother-in-law, Gary Greenlaw.

Arrangements are under the care and direction of Brenan’s Funeral Home, 111 Paradise Row, Saint John (634-7424) with visiting on Monday, June 10, 2019 from 10:00 AM - 12:00 PM, which will be immediately followed by the funeral service at 12:00 PM, all from Brenan’s Chapel.  Interment will take place in the Church of the Good Shepherd Cemetery.

For those who wish, remembrances may be made to the Saint John SPCA Animal Rescue.

Share Your Memory of
William "Bill"
Upload Your Memory View All Memories
Be the first to upload a memory!