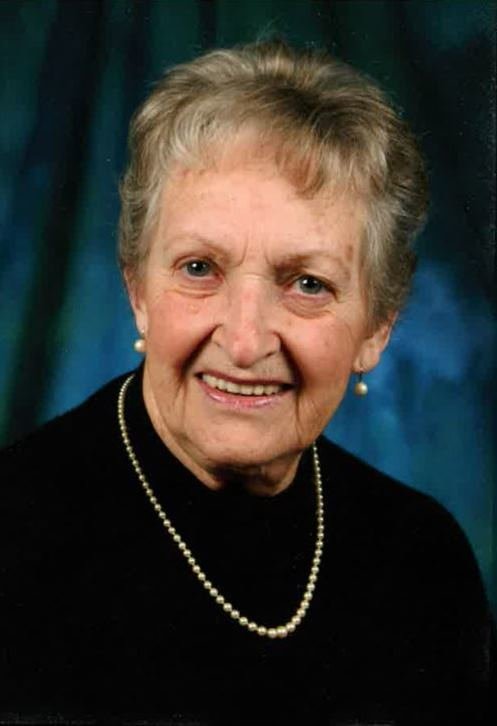 It is with heavy hearts that the family of Phoebe Mae MacPherson, loving wife to Alastair MacPherson, announces her passing which occurred on August 5, 2019 at the Church of St. John and St. Stephen Nursing Home.  Born on September 30, 1933 in Saint John, she was a daughter of the late Frank and Mary (Norton) Armstrong.

Phoebe was a long-time member of St. Mark’s United Church where she volunteered for many years as a Brownie Leader and was also a member of the UCW and senior choir. In her younger years, she enjoyed playing tennis and was District Junior Champion in 1950.  Phoebe was a talented knitter, gifted cross stitcher and baker but most of all a loving wife, mother and grandmother.

Phoebe will be dearly remembered by her husband of nearly 62 years, Alastair, their children Bruce (Susan) MacPherson, Paul MacPherson (Antoine Quenneville) and Mary MacPherson, her grandchildren: Ryan (Brooke), Sarah, Alex, Emily and Rachael, and new great-granddaughter Elle, her sister Donna (Jim) Dysart, along with many nieces, nephews and members of her extended family.

Besides her parents, Phoebe was predeceased by her infant son Stephen as well as her sister Frances and brother-in-law Gary Northrup.

For those who wish, remembrances may be made to the Canadian Diabetes Association, St Mark's United Church, or a charity of choice, and online condolences can be placed at www.brenansfh.com

Share Your Memory of
Phoebe
Upload Your Memory View All Memories
Be the first to upload a memory!