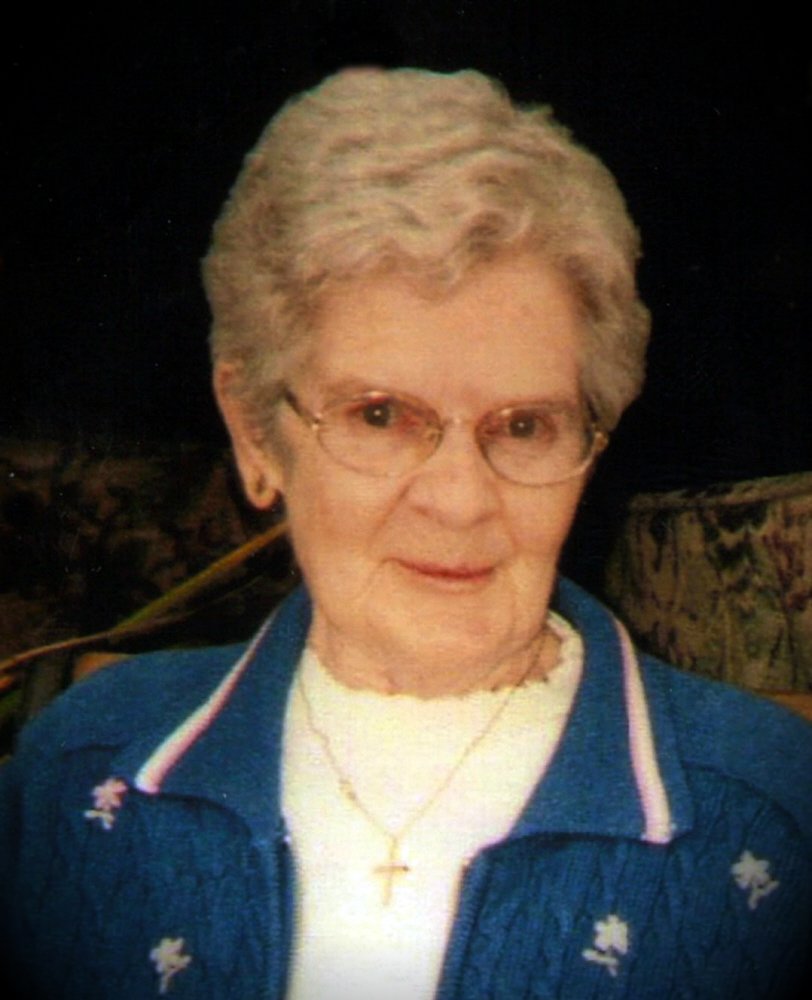 Margaret “Peggy” Evans, wife of the late Murray Harold Evans, passed away at her residence, Rocmaura Nursing Home, on Saturday, August 10, 2019. She was born on March 1, 1928 in Saint John to the late Michael and Winnifred (Love) Gaynes.

Before her marriage, Peggy worked for several years at Revenue Canada. She was a lifelong member of the Cathedral of the Immaculate Conception. Peggy was a loving and devoted wife, mother, grandmother and great-grandmother. She enjoyed spending time with family and travelling.

Peggy is survived by her three sons: Rick (Cathy), Mike and Peter (Angela); daughter: Kathy (Dave) Kirkpatrick; brother: John (Jack) Gaynes; and sister: Winnifred Parks; six grandchildren: Jennifer, Janice, Mark (Trish), Diane, James, and Kyla; as well as one great granddaughter: Aubrey; and another great grandchild on the way. She was predeceased by her parents, brothers Harold, Mike and Gregory (in infancy), and sisters Dorothy and Connie.

Thank you to all the staff of Rocmaura, especially Garden Court, for the wonderful care given to Peggy over the past several years.

Resting at Brenan’s Funeral Home, 111 Paradise Row, Saint John, with visiting on Monday, August 12, 2019 from 2-4 and 6-8 PM. A Mass of Christian Burial will be held on Tuesday, August 13, 2019 at 12:10 PM from the Cathedral of the Immaculate Conception, 91 Waterloo Street. Interment will take place in St. Joseph’s Cemetery. For those who wish, remembrances in Peggy’s name can be made to Rocmaura or Romero House. www.BrenansFH.com.

Share Your Memory of
Peggy
Upload Your Memory View All Memories
Be the first to upload a memory!