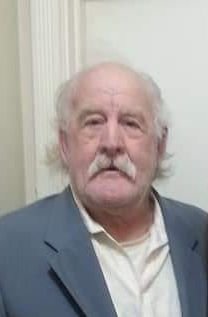 It is with great sadness that the family of Ronald Melanson announce his passing which occurred on Monday, August 12, 2019. Born on July 29, 1937 in Saint John, he was a son to the late Michael and Annie (Extell) Melanson.

Ronald took pleasure in the simple joys of life, living down country, playing his country music loudly, going for drives and attending a good church supper.  Above all, he enjoyed time spent with his family who will miss him dearly.

Besides his parents, Ronald was predeceased by all of his siblings.

Arrangements have been entrusted to Brenan’s Funeral Home, 111 Paradise Row, Saint John (634-7424) where visitation will be held on Thursday, August 15 from 2-4 and 6-8.  A Funeral Service will be held on Friday, August 16 at 12:00 PM from Brenan’s Chapel.  For those who wish, remembrances may be made to the Cardiac Unit of the Saint John Regional Hospital and online condolences can be placed at www.brenansfh.com