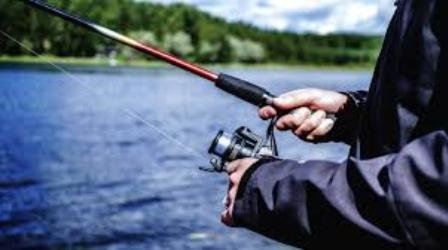 It is with heavy hearts that the family of Jean Alderic Richard announce his passing on Friday, August 23, 2019 at Bobby’s Hospice. Born in Rogersville, NB, on September 16, 1930, he was a son of the late Alyre and Josephine (Martin) Richard.

Jean was a Butcher since the age of sixteen until his retirement from the Co-Op in Rogersville. He enjoyed a long retirement and was an avid hunter, fisherman and trapper. He loved his family and will be missed by many.

Jean is survived by his sons, Paul, David and Ronald; brothers, Eli, Edward and Anthony; his grandchildren and numerous nieces and nephews. In addition  to his parents and his wife, Dorina, he was predeceased by his brothers, Louis, Leo and Aubert; his sisters, Anette and Ida.

and care given to our father during his time there. Your thoughtfulness will never be forgotten.

Arrangements are entrusted to Brenan’s Funeral Home, 111 Paradise Row, Saint John (634-7424). Although there is no visitation, a Mass of Christian Burial to celebrate his life will be held on August 29, 2019 at 11:00 AM from the Parish of Saint-Francois-de-Sales, Rogersville, NB.

In lieu of flowers, donations to Bobby’s Hospice and the Canadian Cancer Society would be appreciated by the family.

Share Your Memory of
Jean
Upload Your Memory View All Memories
Be the first to upload a memory!