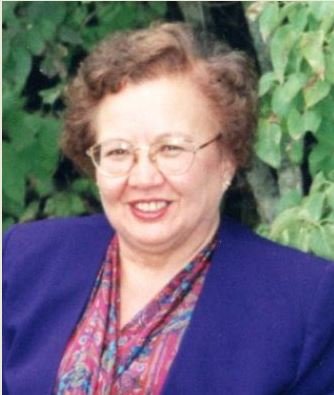 It is with deep sadness that we announce the passing of Joan Evelyn (Holmes) Sullivan, daughter of the late Frederick Stetson Holmes and Evelyn (Hurst) Holmes, on August 27, 2019.  Joan was born in Glace Bay, Nova Scotia on August 28, 1933.

She pursued studies in Nursing, graduating in 1953 and then receiving a certificate from the New Brunswick Association of Registered Nurses in 1956.  Joan retired from Nursing in the 1960s to raise her three sons, Sean, Eric and Gary.  From the 1980s until 2001, she volunteered for several organizations including the New Brunswick Museum, Saint John Community Food Basket, St. Joseph’s Hospital and the Church of Saint Andrew and Saint David.  Joan cared deeply for people that she saw in distress, especially the elderly.

Joan will be dearly missed by her three sons, Sean (Susan), Eric (Janet) and Gary (Colleen) Sullivan; as well as her four grandchildren, Rebecca, Michael, Connor and Alexandra Sullivan.

Donations in Joan’s memory may be made to the New Brunswick Museum or Saint John Community Food Basket.

Share Your Memory of
Joan
Upload Your Memory View All Memories
Be the first to upload a memory!