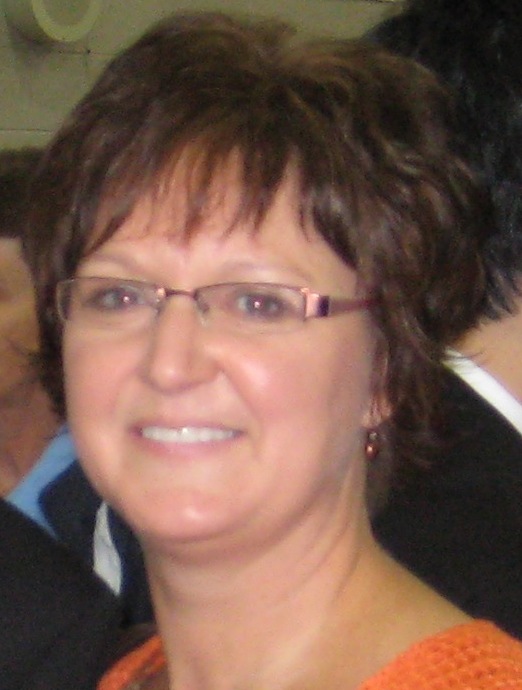 It is with deep sadness that the family of Elizabeth “Ann” Magee wishes to announce her passing on September 20th at the Saint John Regional Hospital.

During her 17 years at Scotiabank, Ann worked at numerous branches in both Saint John and Toronto, and retired in 1997 as Assistant Manager Operations and Training at the Charlotte Street branch.

Ann retired from the bank in order to care full-time for her family, especially her 3 children: Jeremy, Kathryn and Alex.  She was a devoted mother who raised her children with much love and dedication.  She was fiercely proud of them and their accomplishments, and made sure they grew to be good and caring individuals.

In the spring of 2018, Ann was diagnosed with Amyotrophic Lateral Sclerosis (ALS).  While initially devasted by the diagnosis, Ann and her family refused to be defined by it.  She, and them, approached each day with grace, determination and, most importantly, a smile.  Life as she knew it went on, despite the disease, as she continued to visit with her family and friends, take trips with her family, including a Cher concert and court-side seats at a Raptors game.  She also continued to spend as much time as possible at her beloved camp in the Cambridge Narrows.

Ann was predeceased by her father, Doug.  She is survived by her husband of 32 years, Chris; her children, Jeremy, Kathryn and Alex; her mother, Heather; brother, John (Anne); and sister Alison (Bill), along with many loving aunts, uncles, cousins, nieces and nephews.

Since her diagnosis, Ann was overwhelmed by the support she and her family received from numerous relatives, friends and neighbours.  Special thanks is owed to the Burtt, Brideau, Palmer, Mayberry, McDonough, Brittain, and Bower families, who were a source of constant support throughout.  Ann also wanted her team at Extramural, led by her nurse, Carole Thompson, to know how much she appreciated the support and compassion they gave to her.  They made a difficult time much easier.  Ann’s family doctor, Dr. Elizabeth Keyes, and her staff were extremely helpful and responsive.  Ann’s family would also like to thank Dr. Jane Ashfield and the nurses and staff of 4B South at the Regional for making Ann’s final days comfortable.

Arrangements are under the care of Brenan’s Funeral Home, 111 Paradise Row, Saint John (634-7424). As per Ann’s wishes there will be a family-only graveside service.  Following that there will be a celebration of Ann’s life on Saturday, September 28th, at the Lily Lake Pavilion between 3pm-8pm.  Any friends of Ann and her family are invited to attend to remember Ann and her life.

She will be greatly missed.