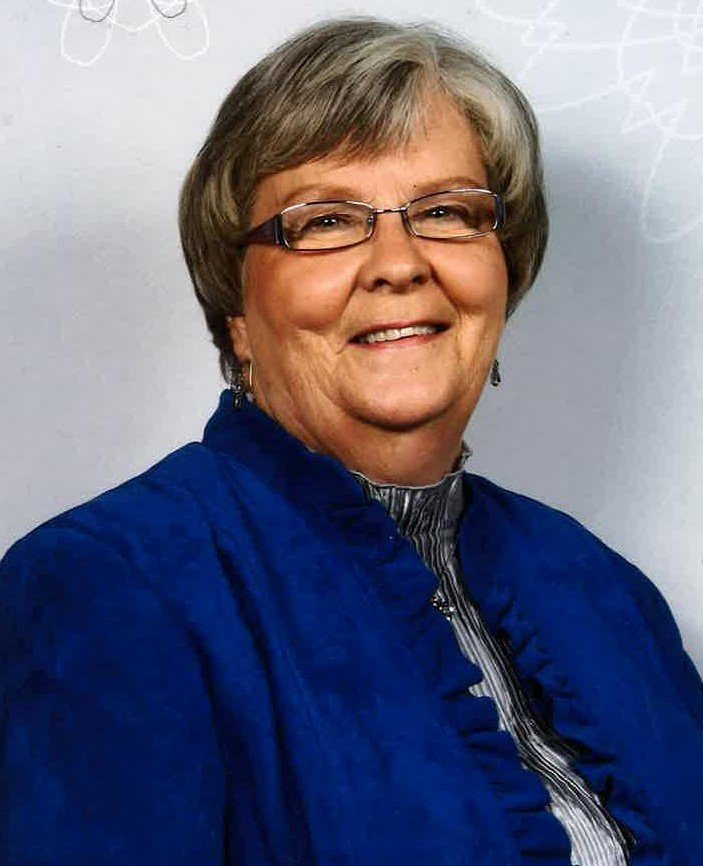 It is with great sadness that the family of Florence (Waters) MacDonald announce her passing in Saint John, New Brunswick on Friday, June 26, 2020.  Born in Whycocomagh, Cape Breton, Nova Scotia on August 13, 1940, she was a daughter of the late Lillian Catherine (Johnson) Waters and John Allan Waters.

She spent her school years in Whycocomagh and she graduated from Secretarial School in Mabou, Cape Breton.  After graduation, Florence worked at the Nova Scotia Credit Union League in Antigonish, Nova Scotia.  She later moved to Toronto, Ontario where she worked at General Foods.  Florence met the love of her life, Frank MacDonald, and they were married in Toronto, Ontario on January 9, 1965.  She remained a loving and devoted wife to Frank for 55 years and one was rarely seen without the other.  Florence and Frank were virtually inseparable even after nearly 60 years of love, respect, and admiration for each other.

Frank was employed with Scotiabank, which necessitated frequent relocations within the Maritimes.  Florence decided to step away from work to raise their three children and ensure she provided a loving and stable home for them no matter where they resided.  She was truly an amazing mother and an exceptional human being.

After a move to Halifax, Nova Scotia, Florence worked as a Volunteer Secretary at the Cobequid Medical Centre in Lower Sackville, Nova Scotia, and was later employed with Sears Canada.  She also attended St. Ignatius Church in Bedford, Nova Scotia and she was an active member of the church choir.

Later the family moved to New Glasgow, Nova Scotia where Florence volunteered at the Elementary Brown School Library, the Aberdeen Hospital Auxiliary, and the Aberdeen Hospital Gift Shop.  Moving to Saint John, New Brunswick in 1988, Florence continued her volunteer work by canvassing for the Heart and Stroke Foundation for many years, by working as a member of the Saint John Regional Hospital Auxiliary, and by volunteering at the hospital gift shop.

Florence was always so proud of her three children, as well as her four beloved grandsons.  Her family was her greatest joy, and she loved spending time with her family, especially during special occasions such as Christmas and birthdays.  She always took pride in her role as a kind and nurturing wife, mother, and grandmother who always put the needs of her family ahead of her own.  She was loyal and kind-hearted and a special friend to many.

Florence remained loyal to her Cape Breton roots as she enjoyed holidays with family and friends at the family cottage in Whycocomagh over many years.  She enjoyed participating in local activities and gatherings, but one of her favourite past times was spending time with her twin sister, Janet, working on paintings, many of which hang in the homes of family and friends today.

Florence also enjoyed annual trips to Florida with her beloved husband for more than 20 years.  There she enjoyed warm temperatures, swimming, shopping and perhaps, most importantly, the delicious meals in the numerous restaurants they visited.  Florence had an appreciation for good food and she loved a hot cup of tea no matter what time of day.

Besides her parents, she was predeceased by her sister, Ethel Elizabeth Ann Waters.

On behalf of our family we would like to express our deepest gratitude to all those individuals involved in providing Florence with the best heath care available, especially during the last few months of her illness.  We extend special thanks to the physicians and nurses at the Saint John Regional Hospital, with special mention of Dr. Samantha Gray and Dr. Sean J. Keyes.  We also want to thank the nurses working with the New Brunswick Extra Mural Program in Saint John.  Their kindness and compassion made it possible for Florence to be managed well at home to delay her eventual admission to the Saint John Regional Hospital and Bobby’s Hospice.

To the palliative care physicians and nurses at Bobby’s Hospice, words will never adequately express the depth of gratitude we feel for the care Florence and her family received in the final days of her life.  You provide valuable palliative care to patients and grief support to families, and for these we will be forever thankful.

We would also like to extend our heartfelt thanks to all those whose prayers, concern, compassion, and condolences have helped our family during this especially difficult time.

A Mass of Christian Burial will be celebrated at Holy Redeemer Parish, 316 Somerset Street, Saint John, New Brunswick on Saturday, July 4, 2020 at 1:00 PM with strict Covid-19 protocols being in place.  Interment will take place at a later date.  Arrangements are under the care and direction of Brenan’s Funeral Home, 111 Paradise Row, Saint John, New Brunswick (506-634-7424).

Donations may be made to Bobby’s Hospice, the SPCA, or to a charity of the donor’s choice.  Online condolences to the family can be made by visiting www.BrenansFH.com.

Share Your Memory of
Florence M.
Upload Your Memory View All Memories
Be the first to upload a memory!