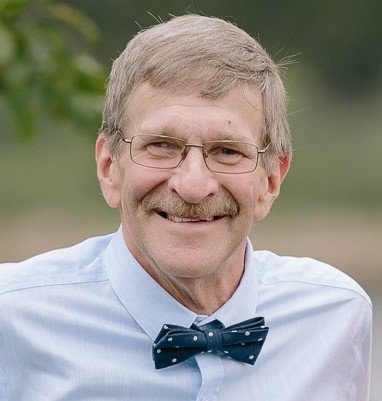 It is with profound grief that the family of Bradley Glenn Godwin announces his unexpected and sudden passing at the age of 66.

Bradley will be lovingly remembered by his children, Colin (Ashley) of Fredericton, Jocelyn (Scott) of Saint John and Rachel (Chris) of Hampton; three precious grandchildren, Adriana, Evalynn and Quentin and one on the way.  He is also survived by his two siblings, Paulette of Quispamsis and Kevin (Alison) of Fredericton; as well as three nephews and several cousins.  Brad was predeceased by his parents, Glendon and Jane (Blacklock) Godwin.

Bradley, Brad to his many friends, was born and raised in Saint John.  He graduated from Simonds High as well as UNB Fredericton with a Bachelor of Arts in History.  He would later raise his first born, a beautiful son, Colin, in Fredericton before relocating permanently to Saint John where he would be blessed to raise his two daughters, Jocelyn and Rachel.  Brad worked at UNB’s Audio Visual Department as well as with three local television stations as a cameraman.  Brad was most recently employed with the Commissionaires at the Saint John Airport.  He had many interests and passions including performing in bands, acting, history, classic black and white films, books, music and motorcycles.  He also had a strong passion for aviation which started through the cadets with Squadron 527 where he earned his private pilots licence.

Well spoken, kind hearted and courteous, Brad always stood for what he believed in and was the most generous person in the room, helping anyone in need.  Brad always made it well known of how proud he was of his children.

Many fond memories were made with family while growing up in Lakewood Heights such as taking family trips to the States and camping under the stars as well as road trips to Ontario to visit cousins.  As a father, Brad enjoyed many summers on the Belleisle Bay swimming with his children.  He enjoyed teaching his children how to camp and tent and enjoyed vacationing in the Dominican Republic, Florida and Cuba with those he loved.  Some recent memories include celebrating weddings, birthdays and time with his beloved grandchildren.

Due to COVID-19 restrictions, all services will be held privately at this time.  A Celebration of Brad’s Life will be held at a future date.  Arrangements are under the care and direction of Brenan’s Funeral Home, 111 Paradise Row, Saint John (634-7424).

Share Your Memory of
Brad
Upload Your Memory View All Memories
Be the first to upload a memory!