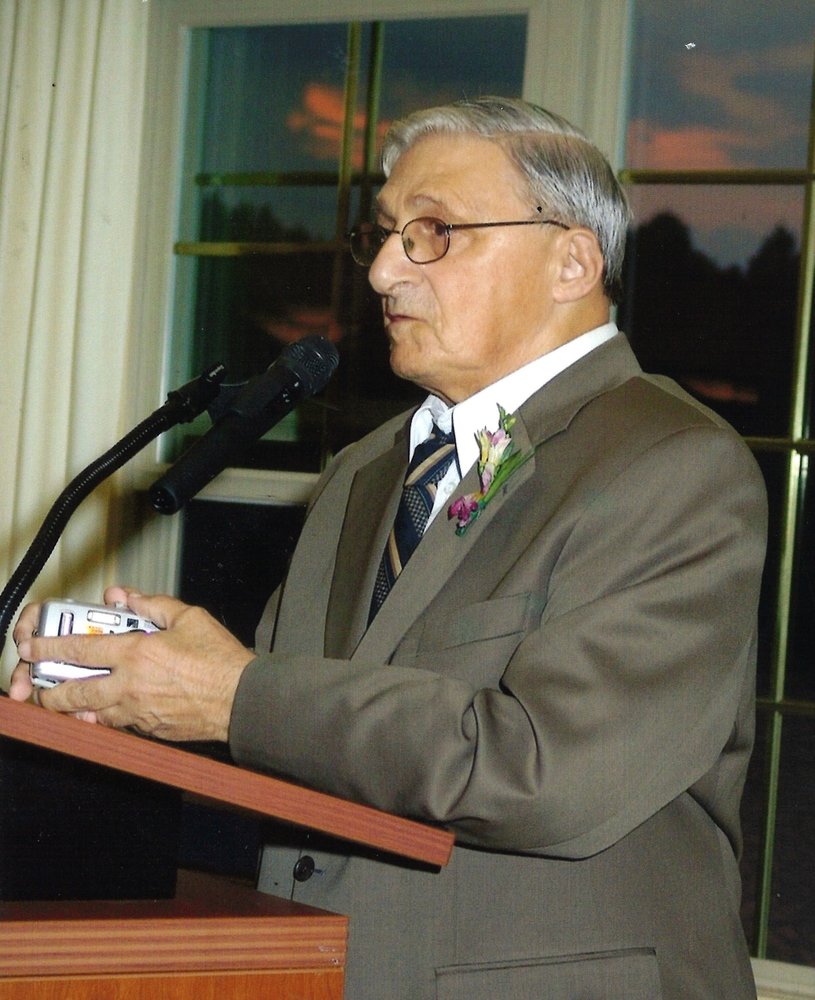 Joe retired from the City of Saint John after 25 years of service. He began his career as a Draftsman in the Engineering and Works Department, then served as Assistant Director of Recreation and Parks, and finally moving on to Deputy Commissioner of the Works Department.

Joe has left his imprint on many design and planning projects in which he was involved over a span of 15 years, prior to being moved to management for the last 10 years of his career.

Joe served on a number of committees in various capacities during his lifetime, which include: The first Loyalist Days Committee, Holy Trinity Parish Council, FISH, The Saint John Beautification Committee, The Prince Charles and Princess Diana Royal Visit, The Underground Utilities, Recreation Parks Advisory Board, and Summer Games Committee.  He was also a founding member of the Saint John Branch of the NB Society of Certified Engineering Technicians and Technologists.

Joe’s first priority was always his family, and his roles of devoted husband, father, grandfather, great-grandfather, brother, and friend. They will carry many, many happy memories in their hearts to help them through this difficult time. Joe was very proud of his birthright membership in the Canadian Lebanese Association, and served two terms as president. He co-wrote a book that was published “As The Cedars Grow”, which was a history of the immigration of the Lebanese into Saint John. He signed the books “Born Canadian…raised Lebanese…died Canadian Lebanese”.

Resting at Brenan’s Funeral Home, 111 Paradise Row, Saint John (634-7424). Visitation will take place on Monday, November 16, 2020 from 12 pm to 2:30 pm, with a Funeral Liturgy to immediately follow at 2:30 pm. Due to COVID-19 restrictions, the service will be by invitation only. Interment will take place at a later date. For those who wish, remembrances in Joe’s memory can be made to the Cathedral Restoration Project, Rocmaura Nursing Home, or the Alzheimer Society of NB. www.BrenansFH.com.

Share Your Memory of
Joe
Upload Your Memory View All Memories
Be the first to upload a memory!