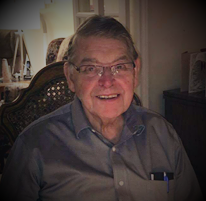 It is with broken hearts that the family of Norman Adrian Hicks announce his unexpected passing, which occurred on Tuesday, January 12, 2021 at the Saint John Regional Hospital.  Norm was born in Upper Sackville, NB on December 31, 1938 and was the eldest son of the late Kenneth and Ruby (Ayer) Hicks.

Norm was retired after a long career with RBC.  He was an active member of his community.  Norm was passionate about Kiwanis and was a member of the Kiwanis Club of Saint John for 36 years.  During these many years of dedicated and exemplary service, Norman held office as Club President, Lieutenant Governor for the Eastern Canadian and Caribbean Division, was a member of the Finance Committee and a Kiwanis Advisor to Key Clubs for high school students.

Norm was instrumental in numerous fund-raising initiatives for the club, including the Kiwanis Cash Calendar (which has raised over one million dollars in 18 years) and funding for the Key Leader Program of youth leadership experiences for high school students.  His service has been recognized with a number of awards for the Kiwanis Division and National Office.

In his spare time, he was a loyal supporter of the Saint John Sea Dogs and he enjoyed watching curling in particular.

Norm was soft spoken and loving, positive and caring with a twinkle in his eye when he was going to tell a joke.

Norm is survived by his loving and devoted wife of 59 years, Sheila (Hicks) Hicks.  In addition to Sheila, he is survived by his son, Randy (Lisa) Hicks of Bangor, ME; his son-in-law, Scott Moore of Saint John; grandchildren, Grace, twins Mason and Ethan, Robyn and step-granddaughter, Jennifer.  He is also survived by his three younger brothers, Richard (Ann) Hicks of Sackville, Larry (Eva) Hicks of Moncton and Phillip (Karen) Hicks of Hilden, NS; as well as several nieces and nephews.  Norman was predeceased by both his parents, his only sister, Carol and his darling daughter, Dr. Sandee Hicks-Moore.

Arrangements are under the care and direction of Brenan’s Funeral Home, 111 Paradise Row, Saint John (634-7424).  Due to the public health pandemic restrictions, a private graveside service has already taken place in Fernhill Cemetery.

Share Your Memory of
Norman
Upload Your Memory View All Memories
Be the first to upload a memory!