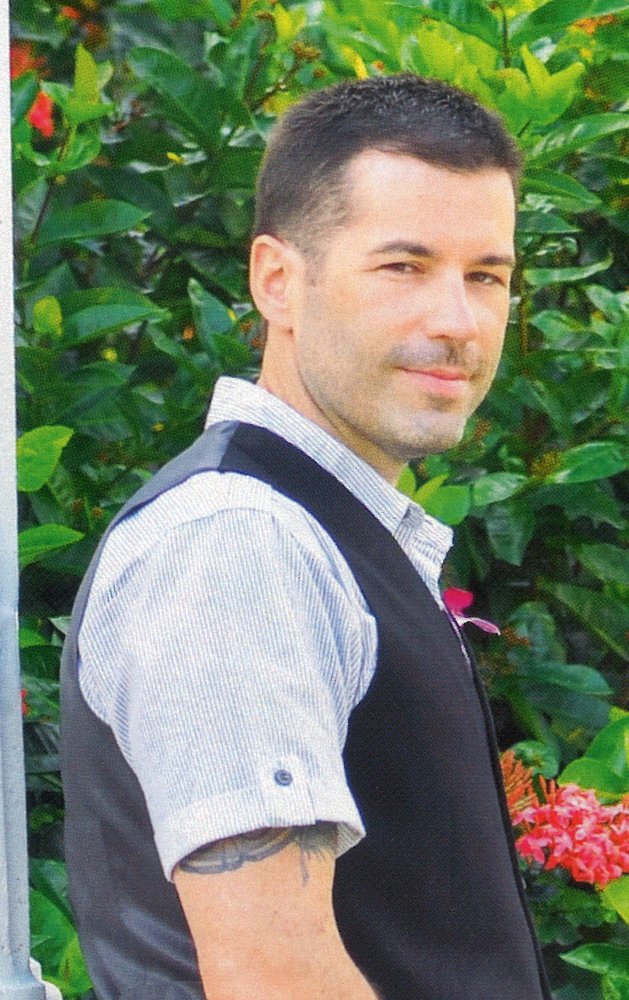 It is with broken hearts that the family of Robert Alexander Hawkins, loving husband of Erin Hawkins, announce his passing on January 16, 2021 at the Saint John Regional Hospital. Born on August 9, 1976 in Saint John, he was a son of Suzane (Challoner) Mesheau and Donald Hawkins.

Bob was a loyal employee at Moosehead Breweries for the last 16 years and especially loved working with his Union brothers and sisters. He loved to play guitar, rock out at concerts, ride his Harley, fishing with his lifelong buddies and was an avid animal lover. He also enjoyed a cold beer! Bob’s greatest love of all was his time spent with his princesses, Jayde and Kori. Bob had been everybody’s rock at some point and made everyone want to be a better person.  He will be missed by all his family and many friends.

Bob will be lovingly remembered by his wife, Erin of Quispamsis; his parents, Suzane and Donald of Saint John; daughters, Jayde Allison-Cox and Kori Allison-Hawkins of Quispamsis; siblings, Edward Hawkins (Kora) of Pictou, NS, Keith Hawkins (Jennifer) and Stacey Hawkins (Ryan) both of Saint John; brother-in-law, Caley Allison (Jill); as well as many nieces and nephews.

Arrangements are under the care and direction of Brenan’s Funeral Home, 111 Paradise Row, Saint John, NB (634-7424). Due to the current health restrictions, a Celebration of Bob’s life will be held at a later date when family and friends can gather. For those who wish, donations in Bob’s name can be made to Outflow or Bobby’s Hospice. Online condolences can be placed at www.BrenansFH.com.

Share Your Memory of
Robert "Bob"
Upload Your Memory View All Memories
Be the first to upload a memory!