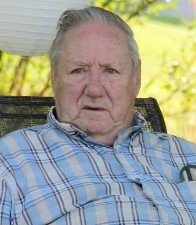 It is with heavy hearts the family of Murray Melvin Bailey announces his passing, which occurred on Sunday, February 14, 2021 at his home. Born in Saint John, NB, he was a son of the late Arthur and Francis (Levine) Bailey.

Resting at Brenan’s Funeral Home, 111 Paradise Row, Saint John, NB (634-7424). Due to the current health restrictions, the visitation and funeral service are to be by invitation only. For those who wish, the funeral service will be live-streamed on Thursday, February 18, 2021 at 2:00 PM For those who wish, Donation’s in Murray’s memory may be made to the Canadian Cancer Society or to a charity of the donor’s choice. Online condolences can be placed at www.BrenansFH.com.

Share Your Memory of
Murray
Upload Your Memory View All Memories
Be the first to upload a memory!