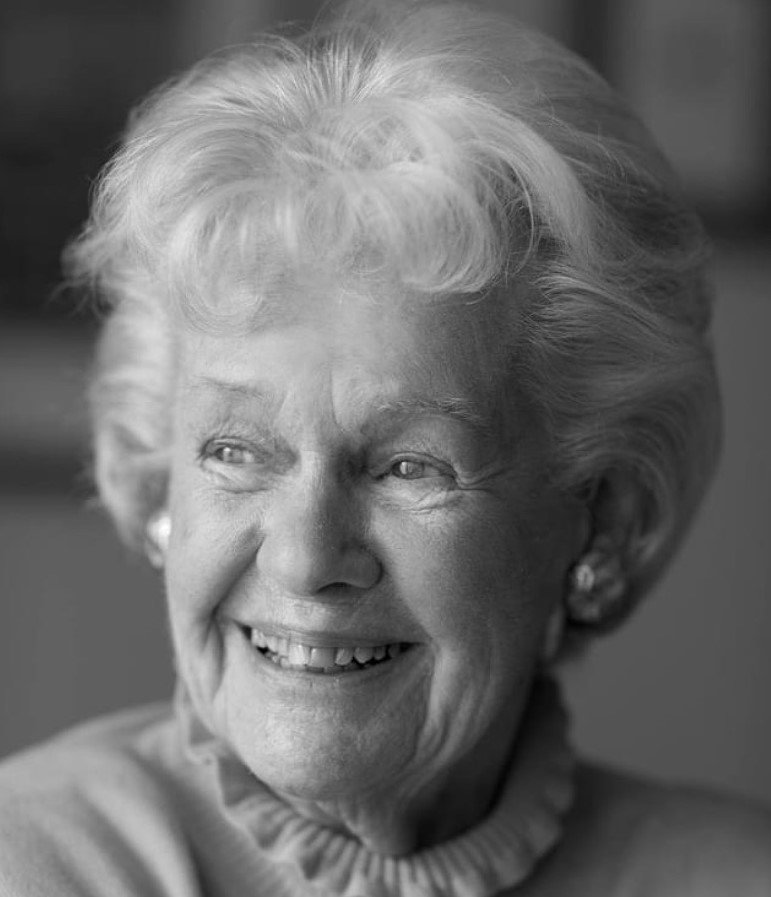 It is with great sadness that the family of Roberta G. “Perk” (Hill) Elkin announces her passing which occurred on Tuesday, May 11, 2021, at the Saint John Regional Hospital.  Born in Charlottetown, PEI, on January 18, 1920, she was a daughter of the late James and Anne (MacMillan) Hill.

Roberta graduated from Mt. Allison School for girls and also graduated from the Margaret Eaton School of Physical Education.  She married in 1942 to Lieut. Gerald “Ike” Elkin of the RCNVR. After the war they moved to Saint John from Montreal.  Roberta volunteered at the ABEC Centre and Meals on Wheels.  She was the lady's president of the Union Club, Westfield Golf Club and she was also the first woman chairperson of the Metropolitan Centre for the United Way Campaign.  During this time she studied interior design at La Salle University and then opened and operated her own business, McLaren-Elkin Interior Design for 15 years before retiring to join her husband.  Roberta was also very active in her life and took great interest in curling and golf as a member of the “old” St. Andrews curling club as well as the Riverside Country Club and Westfield Golf Club.  Roberta thoroughly enjoyed travelling, especially throughout Europe and in retirement, she and her husband wintered in Alabama with their daughter and husband.  She also took great interest in the lives of her grandchildren.

In addition to her parents, she was predeceased by her husband, Gerald; her grandson, Jamie Buttram; three brothers, Jack, Donald, Douglas; two sisters, Edith and Marjorie.

The family wishes to extend a special heartfelt thank you to good friend and caregiver, Huguette Rector, in appreciation for the care over the years to both our mother and father.

Arrangements are under the care and direction of Brenan’s Funeral Home, 111 Paradise Row, Saint John, NB (634-7424).  A private family service will take place at a later date.  Donations in memory of Roberta may be made to Parkinson Canada, The Alzheimer Society of Canada or a charity of the donor’s choice.  Online condolences may be placed at www.BrenansFH.com.

Share Your Memory of
Roberta G. "Perk" (Hill)
Upload Your Memory View All Memories
Be the first to upload a memory!