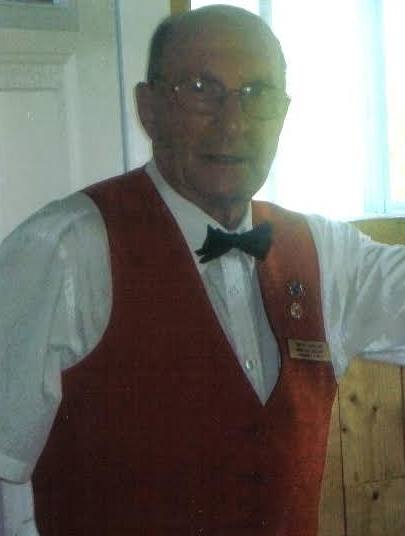 It is with the heaviest of hearts that we announce the passing of Emile Real Langlais, born in Saint John, NB on February 8, 1933, surrounded by his loving wife, Muriel and his children: Patty, Bonnie, and Daren.

Emile graduated from St. Vincent’s and went on to serve in the military in 1951. After returning from the Army he went to work alongside his father, shortly after he met Muriel, and from then on their love blossomed.

He followed in his father’s footsteps, opening a body shop on Cliff Street in Saint John. He spent his career repairing and rebuilding cars for several garages around town, including Port City Motors, and also worked on trucks at International Harvesters. While living on Currie Avenue, he built his garage, where he would often rebuild and restore the cars he bought. He later moved to Quispamsis, where he built his house and continued his work rebuilding and fixing the cars he purchased. Dad had many fine skills which he excelled at throughout his life. After many years, the family returned to Saint John where he took great pride in rebuilding his family home with much help from family and friends. Over the years, he talked passionately about his life in the body shops, his life in the military, and about the refurbishment of his final home.

Dad was a strong and loyal Catholic and attended church weekly. After his retirement, he became active with the Knights of Columbus, becoming a 4th degree Knight, participating in casinos and fundraising events. He also ran Friday night card games at the church. His other focus during retirement was being a great grandfather and he was blessed with many grandkids and great-grandkids, all of whom he was very fond and proud of.

Dad enjoyed cards, especially crib, which he often won when challenged by his kids. Dad loved working around his house and loved gardening. He also loved to listen to family music and loved to join along and play the harmonica. Many Saturday nights were spent dancing at the Legion with Muriel and family.

Arrangements are under the care and direction of Brenan’s Funeral Home, 111 Paradise Row, Saint John (634-7424). In keeping with Emile’s wishes, a Mass of Christian Burial will be celebrated on Wednesday, August 4, 2021, at 10 am from Holy Redeemer Parish, 316 Somerset Street. Interment will follow in St. Joseph’s Cemetery. For those who wish, remembrances to the Alzheimer’s Society of New Brunswick would be appreciated by the family. Please place online condolences and remembrances at www.BrenansFH.com.

Share Your Memory of
Emile
Upload Your Memory View All Memories
Be the first to upload a memory!