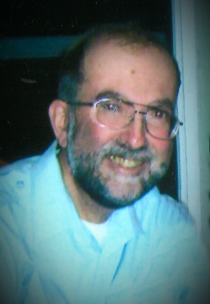 It is with heavy hearts that the family of Eric “Rick” James Melanson announces his passing on Monday, September 13, 2021 at The Saint John Regional Hospital. Born in Saint John on January 3, 1957, he was the son of the late Walter & Patricia Melanson (nee Sweeney).

Rick had many interests including collecting vintage cars, he enjoyed history and anything World War II related and when he had the time, he was an avid fisherman – he caught the first fish in a fishing derby on Lily Lake when he was 10 years old.

Arrangements are under the care of Brenan’s Funeral Home, 111 Paradise Row, Saint John, NB (634-7424). A Celebration of Life will be held on Friday, September 17, 2021 at 1 PM with visiting an hour prior. For those unable to attend, the service will be livestreamed and will be viewable on Rick’s memorial page on Brenan’s website. Interment at St. Josephs Cemetery. In lieu of flowers, for those who wish, donations may be made to The Canadian Cancer Society and/or Crohn’s and Colitis Canada. Online condolences may be placed at www.BrenansFH.com

Share Your Memory of
Rick
Upload Your Memory View All Memories
Be the first to upload a memory!
Share A Memory