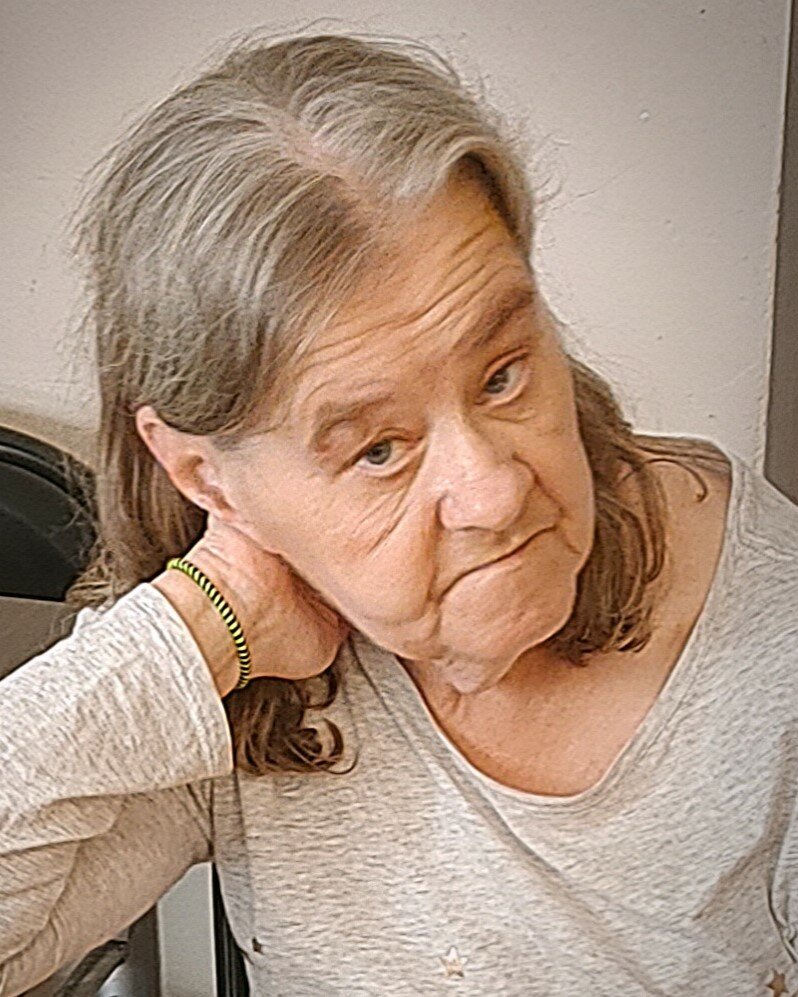 It is with heavy hearts that the family of Bonnie Raynes, wife of the late Bob Raynes, announce her passing which occurred on Sunday, November 28, 2021 at the Saint John Regional Hospital.  Born on September 17, 1956 in Chipman, she was a daughter of the late George and Inez (O’Hara) Blacquier.

A private person by nature, Bonnie enjoyed the simplest of life’s pleasures.  She looked forward to the times spent with those she loved and always took pride in her family.  Bonnie enjoyed watching television, she took comfort in colouring and prior to her illness she loved to knit.

Bonnie will be lovingly remembered by her children, Cathy Raynes (Gary Stewart) of Saint John, Robert Raynes of Petitcodiac and Clayton Raynes of Saint John; step-daughter, Tanya Enman (Kip) of Hampton; brother, Clayton Blacquier (Misty) of Saint John; seven grandchildren; one great-grandson; step-grandchildren; as well as several nieces and nephews.  In addition to her parents and husband, she was predeceased by her brother, Edward Blacquier and sister, Diane Hebert.

For those who wish, remembrances may be made to the Canadian Cancer Society or Diabetes Canada.

Share Your Memory of
Bonnie
Upload Your Memory View All Memories
Be the first to upload a memory!
Share A Memory