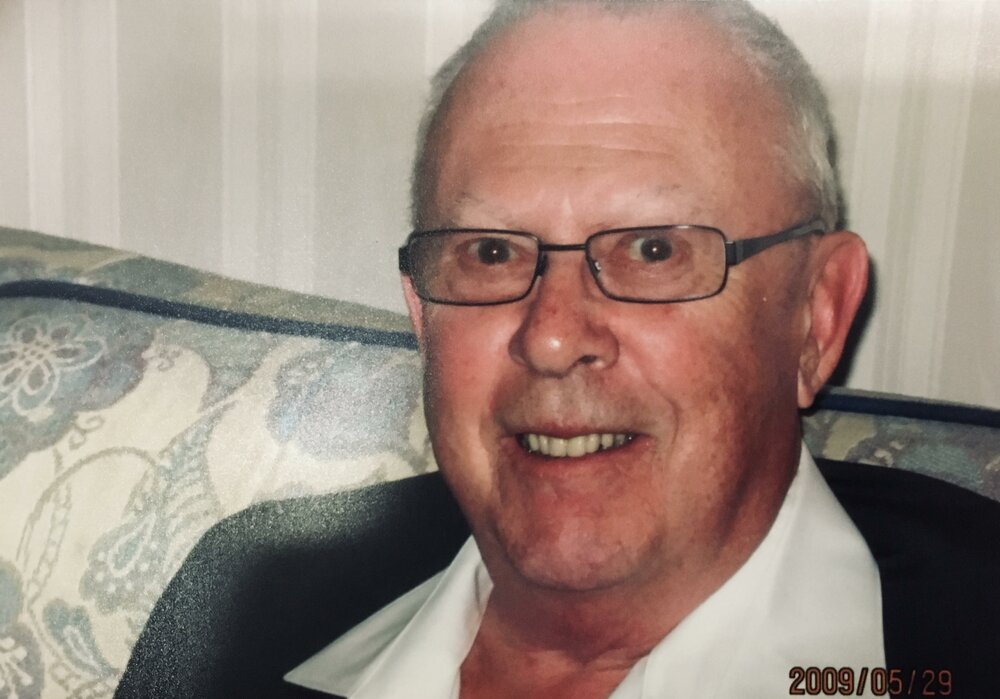 Peacefully, with his daughter by his side, on Saturday, December 18th, 2021, Richard “Dick” Wade passed away in his 82nd year. Beloved husband of the late Elizabeth “Liz” Wade (nee McGuire – 2018). Born on August 10th, 1939, in Barker's Point, Fredericton, he was the son of the late Jack and Ella Wade.

Dick was the youngest manager ever to be employed by Dominion Stores, beginning his career with the company in 1961.  In 1970 he left Dominion, going on to join Irving Pulp and Paper, where he remained working until his early retirement in 1998. Together with Liz, he enjoyed his time spent camping at TNT Campground on Coles Island, where many friendships were made. He also enjoyed a good round of golf and reading. Dick will always be remembered as a loving and devoted husband, father, grandfather, uncle, and friend to many.

Cremation has taken place. Family and friends are welcome to attend a Memorial Visitation at Brenan’s Funeral Home, 111 Paradise Row, Saint John (634-7424) on Tuesday, January 4th, 2022, from 5pm to 8pm. Interment to follow at a later date. Due to Covid-19 health measures placed on indoor gatherings by the Province of New Brunswick, all those in attendance, 12 years of age and older, will be required to show proof of vaccination as well as a piece of government-issued ID, or proof of medical exemption.

For those who wish, remembrances may be made to the SJRH Extra Mural Program c/o the SJRH Foundation or a charity of the donor’s choice.

Online condolences may be placed at www.BrenansFH.com

Share Your Memory of
Richard
Upload Your Memory View All Memories
Be the first to upload a memory!
Share A Memory