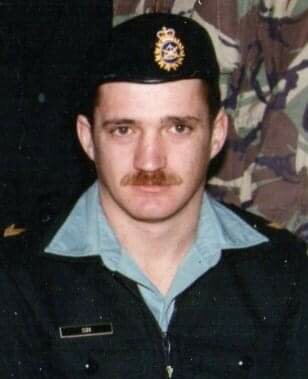 Stephen took his cues from no-one.

His Goal?  To test the limits of what anyone thought was possible; no dream was ever out of reach.

At home on December 22, 2021 at the age of 61; Stephen considered his Mission Accomplished.

Stephen is survived by many who will keep his memory close to their hearts.

His son:  Cory (Bonnie) Cox, and Daughters:  Natasha Cox and Vanessa (Curtis) Cox along with their mother.

He will be missed by his mother Rita Cox, his brother Wayne Cox and his sister, Mary (Kenny) Allen; half-brother Mike (Helena) Boudreau and half-sister Chris (Bob) Saunders.

Stephen was predeceased by his father Douglas, brothers Randy and Terry and his half-brother Billy Boudreau.

Although born in Saint John; Stephen was Charlotte County through and through.

He grew up loving nature and the land; spending time having fun (and wreaking havoc) with his friends.  Stephen had a brilliant mind for building, engineering and basically giving EVERYTHING, MORE POWER!

Stephen was a Veteran and proud to have served his country beginning in 1977 until 1993 when his years of service took their toll on his body and Stephen transitioned to a Reservist.  During his time with regular forces; Stephen served overseas in the Middle East (Israel).

Stephen passionately pursued a dream to ensure all Veterans have access to adequate medical care until his last day.

As a first time Grandfather to Deidra; Stephen found the meaning of true, unconditional love.

Deidra was his light, his life and his very best friend.

Stephen would not want his departure mourned, instead would insist on celebrating his legacy through the lives of his children and grandchildren.

Arrangements are under the care and direction of Brenan’s Funeral Home, 111 Paradise Row, Saint John, NB (634-7424). A Celebration Of Life will be held on Friday, February 11, 2022, at 10:00 AM in The Brenan's Chapel. Due to Covid-19 health measures placed on indoor gatherings by the Government of New Brunswick, all those 12 and older attending the service will be required to show proof of vaccination and a piece of government-issued ID or proof of medical exemption. Interment will take place in the spring in Penfield Rural Cemetery. Donations in memory of Stephen may be made to The Last Post Fund. Online condolences may be placed at www.BrenansFH.com

Share Your Memory of
Stephen
Upload Your Memory View All Memories
Be the first to upload a memory!
Share A Memory