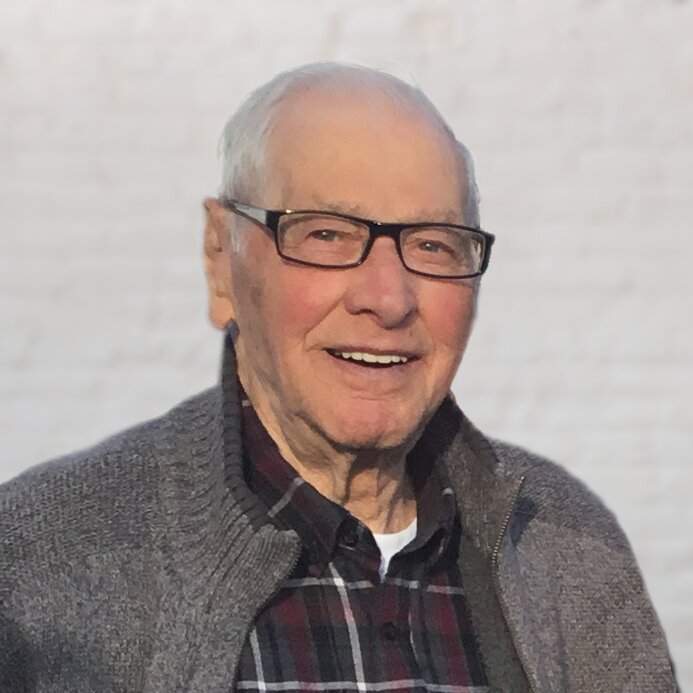 It is with great sadness that the family of Mr. Gregory Earl Dunnett, announces his peaceful passing which occurred on Tuesday, January 4, 2022 at his home in Quispamsis, NB. Born on Aug 2, 1933 in Whitney, NB, Greg was the middle of 7 children, of the late William and Estella Dunnett.

Greg is survived by his loving wife, Rosalie (nee Urquhart); his children: Debbie (Donnie Gallagher) of Rothesay, NB, David (Pam) of Quispamsis, NB, Bill (Tammy) of Saint John, NB, and Jamie (Connie) of Saint John, NB. Greg, "Grampy", will be sadly missed by his 9 grandchildren: Heather, Jonathan, Lindsay, Jessica, Josh, Nick, Ben, Adam and Gregor; and his 7 great grandchildren. He is also survived by his sisters, Eleanor Stewart of Thunder Bay, ON, Thelma (Hayward Stewart) of Fredericton, NB; his brother, Weldon of Whitney, NB; his sisters-in-law, Helen of Fredericton, Merica Urquhart of Strathadam, NB, Judy (Wayne Mutch) of Lyttleton, NB, Muriel Urquhart of Miramichi, NB and his brother-in-law, Alton Urquhart (Lorna) of Douglasfield, NB and together with many nieces, nephews and cousins.

Greg grew up on the Mighty Miramichi where he met and married his high school sweetheart, Rosalie to build their family together. Together they moved from Whitney, to Campbelltown, to Miramichi, and then finally settling in Saint John for most of his working life with NBTel. During his time in Saint John, he enjoyed volunteering at Portland United Church, vacation trailering at Sunrise Shores in Maine, snowmobiling and watching hockey in the winter, and square dancing on the weekends.

On retiring he became a member NBTel Pioneers & eventually a Life member of the Pioneers. In 1991, he built his dream retirement home on Washademoak Lake in Cambridge Narrows, where he volunteered at the local Lion's Club, and loved to garden and have family and friends visit.

Special thanks to Dr. Neil Young; Dr. Paul Keyes; care giver Michelle; Bill Koval, Melisa Mercer and the rest of the Extra Mural Team; and the numerous heath care providers and individuals for their caring support.

Arrangements are being provided by Brenan’s Funeral Home, 111 Paradise Row, Saint John, NB (634-7424). Due to the ongoing pandemic, there will be no visitation or service at his time. A celebration of Greg's life will take place at Brenan's Paradise Row on Monday, May 2, 2022 at 12:00 PM with a reception to follow. and interment at St. Philips Cemetery in Whitney, NB will take place at later date.

In lieu of flowers, donations in Greg’s memory may be made to Heart and Stroke Foundation, Bobby's Hospice House, or a charity of the donor’s choice.

Share Your Memory of
*UPDATED*Gregory
Upload Your Memory View All Memories
Be the first to upload a memory!
Share A Memory