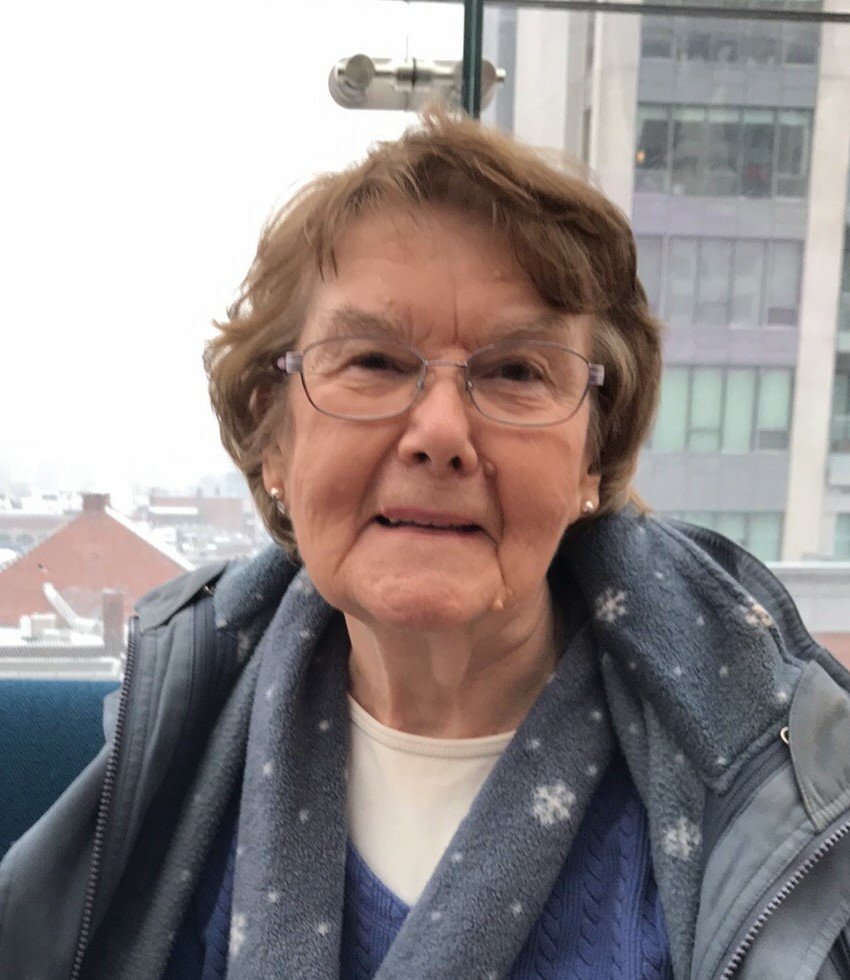 It is with great sadness that we announce the passing of our dear mother and grammie, June Lillian (Preston) MacEachern, loving wife of the late "Budd" Ronald MacEachern. She passed away on January 20, 2022, at Rocmaura Nursing Home in Saint John, New Brunswick. Born on June 3, 1932, she was the daughter of the late Silbert and Mary (Goddard) Preston.

June's greatest joy in life was her family and she was very proud of her children and grandchildren. She was a military wife, accountant and bookkeeper and remembered most fondly her work for the New Brunswick government. She was a devoted Catholic and was very active in the CWL. She enjoyed golfing, bowling, travelling with her husband, and in later years going on Disney Cruises with her grandchildren.

Along with her husband and parents, she was predeceased by her siblings Betty, Sib and Shirley.

The family would like to extend a special thank-you to the staff of Rocmaura Nursing home for the love and care that they gave June these past few years.

Arrangements are under the care and direction of Brenan’s Funeral Home, 111 Paradise Row, Saint John, NB (634-7424). A Mass of Christian Burial will be held on Friday, July 29, 2022, at 10:00 AM from the Saint John XXIII Catholic Church (35 Colby Drive, Dartmouth, NS) The family has requested those attending to please wear a mask. Remembrances may be made to the Rocmaura Foundation, St. Joseph's Hospital Foundation, or the Alzheimer Association of Canada. Online condolences may be placed at www.BrenansFH.com

Share Your Memory of
June
Upload Your Memory View All Memories
Be the first to upload a memory!
Share A Memory