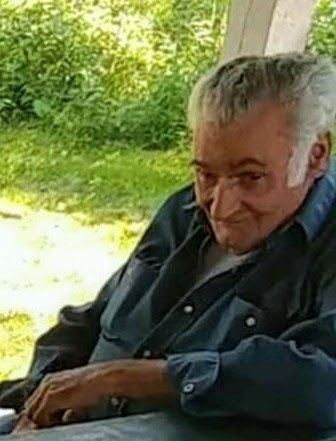 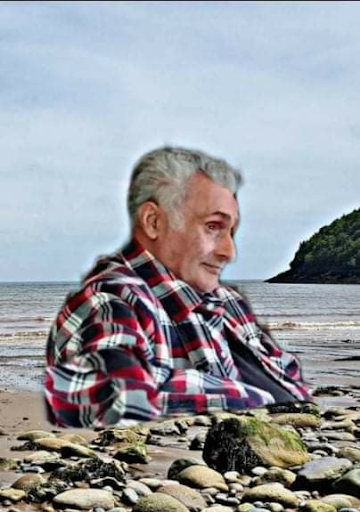 It is with deep sadness that I announce the unexpected passing of Urbain (Ruben) Joseph Rene Doucette, who passed away peacefully in his home on January 19, 2022.

Born on October 4, 1944, in Richibucto, NB, he was the eldest son of Wilfred and RoseAnne (Robichaud) Doucette.

Ruben worked most of his life at the Irving Pulp and Paper Mill, he worked on the barge, in the Wood room and he drove a payloader through the chip pile, he even brought home some of the wood chips in his lunch box and work boots.

He was an active member of the #2 Branch Legion since 1973, until it closed, then continued with the #69 Branch Legion.

Dad belonged to the CEP Union of Canada, Local Number 30.

A very active man in his younger years and loving the outdoors, he was always looking for a way to be in the woods. Whether it be to go camping, fishing or hunting, you could always find him outside.

He would love going to the beach and Saint’s Rest was his favorite. Even before the Nature Park existed, he would drive across the beach to Taylor’s Island so we could go four-wheeling and drive through the trails. We would sit along the backside of the Holy Cross Cemetery, where his father had worked digging. In his later years he made a point of going here almost every day; rain, shine or snow. He said it would bring him a certain kind of peace and sometimes we would just sit there for hours, listening to music, watching the ships and the waves overlooking MacLaren’s beach, the area in which he lived when he was a young boy. His grandchildren were included in his outings to the beach. If they got in the car to go for a drive, they always knew they were going to end up at one of these places.

He had an active role in the raising of his grandchildren and was a big part in their lives, and then when his great grandchildren came into the world, his smile grew larger somehow... He would always have a brightness about him when he knew they were coming to see him and always tried to spoil them whenever he could.

He loved going for long drives down the coast, either way it didn’t matter... We’ve traveled and stayed up NorthShore for a week at a time and then about every five months or so we took our adventures driving West, making a whole day road trip every time, going through all of the back roads from Saint John to Saint Stephen, he loved driving down the Old Saint John Road exploring all of the trails and he’d tell me and the kids stories when he was younger about partying, fishing, hunting or camping around the many different lakes and rivers we came upon.

He had a plan that we would stop at Ossie’s during our excursions, because he used to take me there when I was young, but for a few years we always seemed to miss it, either it was closed on the days we were in the area or closed for the season, or just not open for the season yet. Well, last summer we finally made it there. It was one of the best days. We sat at the picnic table with our clam platters and ate, laughed, watching blue birds in the trees and feeding the baby chipmunks. It was a beautiful day!

I heard this story and couldn’t help but share...  Dad and Rene were so close in age, and something that comes with any family and brotherly love is also fighting... When they were younger, my Dad had gone to the store and bought a bag of chips and pop. Something happened when he arrived back home and he and Rene were horseplaying around and then started fighting. So, in came Junior, the youngest brother. He sat up on the couch watching the “UFC match” between his two older brothers, while eating Dad’s bag of chips and drinking his pop. I didn’t hear the aftermath, but can only imagine what would’ve happened next, when Dad saw that his treats were gone.

He had plenty of nicknames by different people, his birth Certificate says Joseph was his first name and I think his brothers also carried that name, Urbain turned into Ruben somehow and even though one of his middle names was Rene, he also had a younger brother who was born 10 months after him and was named Rene. Cody and Shane always called him Guy and that stuck for when the great-grandbabies were born, and for many years, people that didn’t really know him would think that his name was Guy. He was Papa to Adam and Julia who he watched grow from the time they were born into young teenagers and considered them his grandchildren too. Out of all of the names that one man could have, I am thankful that I was the only one who had the honor and the privilege to call him DAD.

I am truly going to miss our 10X a day phone calls, our outings, our watching my children and grandchildren getting excited when we would all get together for the beach, take-out food and fun. After years of hurt and pain that I saw you hide from me, I have a little comfort knowing that you are now able to rest peacefully.  I may sound selfish because I am hurting so bad right now, but I wish I could have just one more day, hour, minute, I’d even take a second, to have one more phone call.

You were more to me than just my Dad, you were My Hero, My Father, My Mother, My Heart, My Best Friend, You were My Everything and I am so thankful for the years we had together, you came into my life and you stayed.  Without you here, I am lost, hurt, scared and maybe even a little outta my mind.

When you left you took a piece of my heart, please hold it forever close to yours, and know that I miss you and I love you. I will see you on the other side Dad, please save a spot for me.

Ruben is survived and extremely missed by his daughter Sandi Stevens (Kenny Robicheau); his grandsons: Cody and Shane (Jessica); grandchildren: Bennett, Jayden and Autumn; one brother: Wilfred Junior (Dale); one sister: Odelle; many nieces, nephews and cousins;  as well as the only cat he ever liked, Smokey, who is still looking out the window watching for him. He was predeceased by his parents and his brother Rene.

I would like to express my gratitude to Constable Shane Mollins and Corey Muzzerall (Regional Supervising Coroner) who showed such compassion and sympathy. I appreciate the extra time you took to help us, you listened to me and kept me informed every step of the way.

Thanks to Brenan’s Funeral Home Paradise Row, You have helped us once again during a difficult time and you’ve helped me to respect all of my Dad’s wishes. Special Thanks to Hannah, Karen and the staff who are always welcoming and warm.

Monika, you have helped me try to figure this all out from the beginning and continue to go above and beyond what I had ever expected. You have helped create a beautiful tribute to my Dad, I am so grateful, and I appreciate Everything you’ve done, thank you.

To honour Dad’s wishes and due to Government restrictions, there will be no viewing or service at the funeral home.  However, relatives and friends who wish to pay their respects to the family are invited to reach out to Sandi at 506-721-9886 after the current Level 3 restrictions have been lifted on February 1st for details on a short prayer service.

For those who do not wish to or are unable to attend, there will be a live stream viewing of the prayer on Brenan’s website. (www.BrenansFH.com).

Share Your Memory of
Joseph "Ruben"
Upload Your Memory View All Memories
Be the first to upload a memory!
Share A Memory