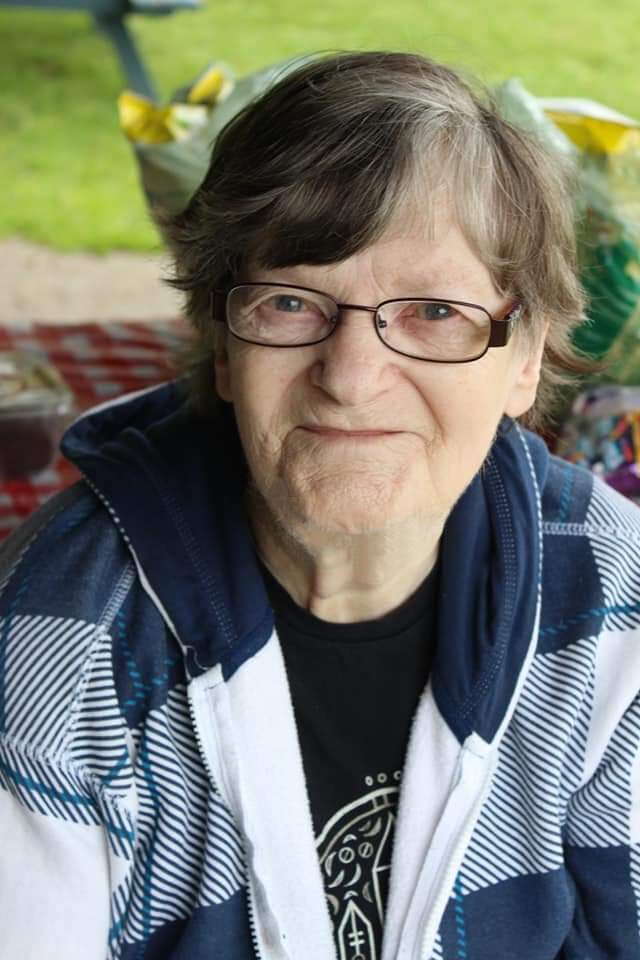 It is with broken hearts that we announce the sudden passing of Edith Louise (Vidito, Morgan) Schofield which occurred at the Saint John Regional Hospital on January 22nd, 2022, at the age of 89. She was born in Digby, Nova Scotia to the late William and Beatrice (Marshall) Vidito on September 7th, 1932.

Edith was the family matriarch and a beloved mother, grandmother (of many generations), sister, aunt, and friend too. She lived her entire life loving and caring for the needs of others. Even on her deathbed, she used her final breath to ask if everyone was okay. She had a heart of gold and helped anyone whenever she could.

Edith was an avid bingo player and never missed a Tuesday night of TV Bingo. In fact, she would make sure she had supper early so she could be at her daughter, Mona’s, in time to play. She could always be found laughing wherever she went. Many memories shared by others are always followed by, “she could always make us laugh”. Equal to her humor was her intense stubbornness.  She and the family often joked about it and how she has passed that trait on throughout the generations, which always made her smile!

She cared deeply for each family member and cherished quality time with them. She thoroughly enjoyed it when her family would visit. Every Saturday afternoon, she could be found playing with her grandsons, Lee and Damien. She will be greatly missed by everyone who had the pleasure of being part of her life or knowing her as a friend.

Arrangements are under the care and direction of Brenan’s Funeral Home, 111 Paradise Row, Saint John, NB (634-7424). A funeral service will be held on Wednesday, February 2nd, 2022, at 11:30 AM in the Brenan’s Funeral Home Chapel. Due to the restrictions in place regarding the Covid-19 pandemic, proof of double vaccination and a government issued ID are required to attend. For those who wish, a livestream of the funeral service will be available on Edith’s online obituary. Donations to Bridges of Canada in Edith’s memory would be appreciated by family and online condolences may be placed at www.BrenansFH.com.

Share Your Memory of
Edith
Upload Your Memory View All Memories
Be the first to upload a memory!
Share A Memory