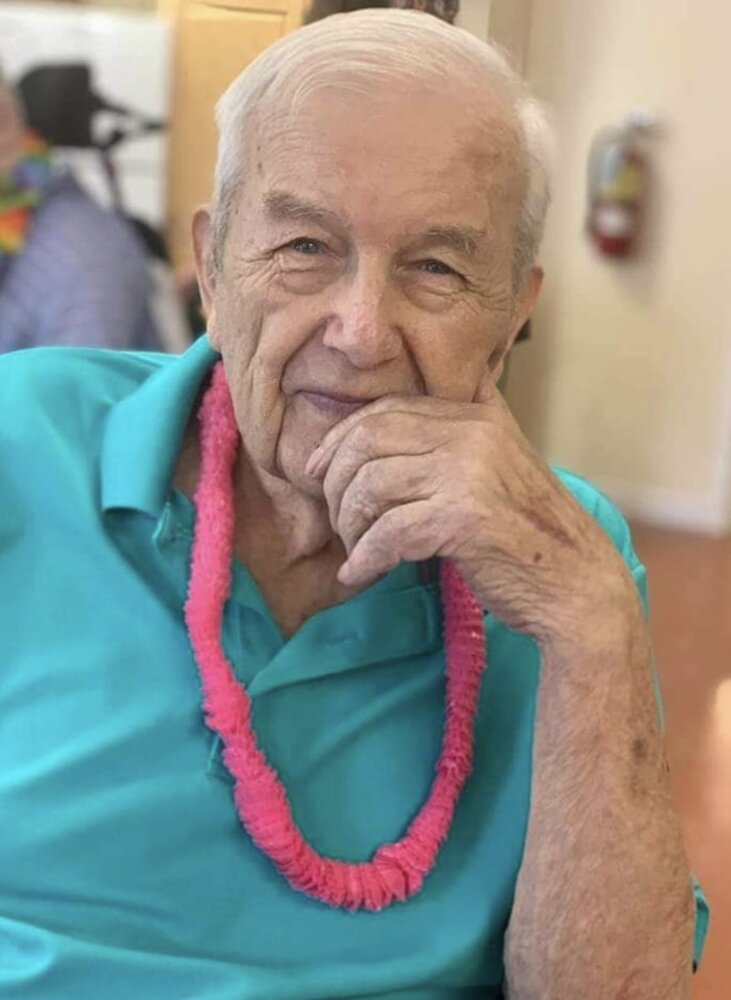 With heavy hearts but grateful for a life well-lived, the family of Roy Neil announce his passing on Thursday, February 17, 2022, at his home in Carleton Kirk Lodge. Born October 2, 1929, in Noel, NS, he was a son of the late Graham and Gladys (McLellan) Neil.

Roy spent his formative years in Walton, NS. At the young age of 17 he became a deckhand and travelled to many ports in Europe. Eventually he met and married Loraine. Theirs was a long and happy marriage. They had two daughters and life became even better when the grandchildren arrived in the 70s.

In 1965 Roy took a job in Wabush, Labrador and moved his family there. He and Loraine moved to Westfield in 1976 when he accepted employment at Colson Cove with NB Power.

Later in life, Roy looked after Loraine when she became ill, until her death in 2004.

In 2006 a new chapter in his life started when he met Pat Seeds. Together they laughed, loved, and were devoted to each other for 16 years.

In 2013 Roy was diagnosed with Alzheimer’s and in 2016 he moved to his last address, Carleton Kirk Lodge, where he was loved and looked after by the angels who work there. We are forever grateful for the care and love that was given to him.

Roy is survived by his beloved partner, Patricia (Greer) Seeds; his daughter, Josie Pike; grandchildren: Lloyd Dean (Pilar) and their son Jack of BC, Jeff Dean (Kayla) and their sons Tristan and Gage of AB; Jonathan Pike and his son Caèl of AB, and Tammy Short (Fonz) and their sons Kody and Kayden of AB; brother, Reg Neil of NL; sisters, Dorothy Hawbolt of NS and Audrey Fraser of NS; several nieces and nephews.

Arrangements are under the care of Brenan’s Funeral Home, 111 Paradise Row, Saint John (634-7424). Cremation has taken place. A Celebration of Roy’s Life will be held on Tuesday, February 22, 2022, at 11 am at Westfield United Church, 133 Nerepis Road, Grand Bay-Westfield, NB E5K 2Z3 (757-2201). Visiting will take place from 10 am until the beginning of the service. Roy’s service will be livestreamed on the Two Rivers Pastoral Charge page on Facebook. Following the service, both Roy and his son-in-law, Clifford Randy Pike, will be interred in Holy Cross Cemetery. For those who wish, remembrances to Westfield United Church or Carleton Kirk Lodge would be appreciated by the family. Please place online condolences and remembrances at www.BrenansFH.com.

Share Your Memory of
Andrew "Andy" Elroy "Roy"
Upload Your Memory View All Memories
Be the first to upload a memory!
Share A Memory