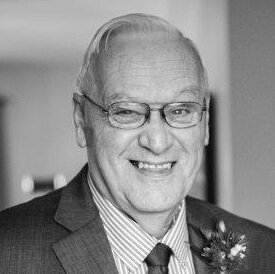 It is with appreciation for a life well-lived and gratitude for a lifetime of memories that the family of Peter Pitt announces his peaceful passing, which occurred on Tuesday, March 8, 2022 at Loch Lomond Villa surrounded by those he loved. Born in Saint John on September 17, 1937. He was the son of the late William Pitt and Stella (Weatherbee) Pitt.

Peter was a passionate reader, he also enjoyed speedskating and having coffee with his friends. Peter also loved and knew everything about Atlantic Canada having traveled many years for work in Industrial sales.

In addition to his parents, he was predeceased by his beloved wife Lorraine (Pevlin) Pitt of 61 years; his eldest daughter Lorie Pitt; stepmother Charlotte Pitt; and son-in-law Doug Sewell.

The family would like to extend a special thanks to the staff at Loch Lomond Villa – Elm House for all of their care & support.

Arrangements are under the care and direction of Brenan’s Funeral Home, 111 Paradise Row, Saint John, NB (634-7424). A funeral service celebrating Peter’s life will be held on Saturday, March 12, 2022 at 11 am in the chapel. Interment will take place at Fernhill Cemetery. For those who wish, remembrances may be made to a charity of the donor’s choice. Online condolences may be placed at www.BrenansFH.com