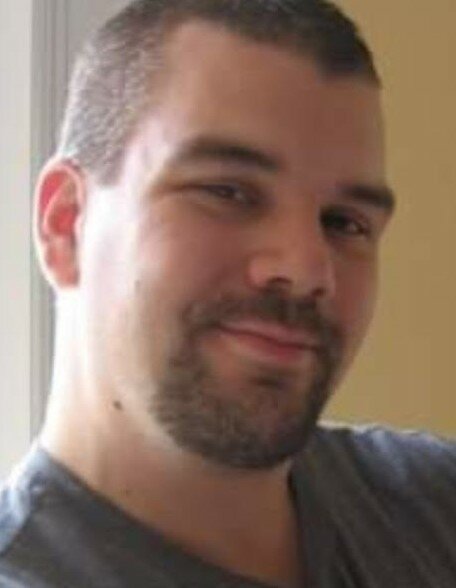 The family of Chad Graham Butler are devastated to announce his untimely passing, which occurred on Friday, April 1, 2022 in his home.  Born on June 22, 1981 in St. Stephen, he was the precious son of Mary Lou Wallace, Dennis Butler and Leonard Hughes.

Chad owned and operated Atlantic Canada’s first vape shop, Vapires.ca.  This business endeavour was one that he truly enjoyed and where many friendships were made.  Chad was skilled at drawing and also enjoyed football, metal detecting, coin and card collecting and had a deep curiosity for outer space.  He always held a special place in his heart for animals and his kindness and generosity to those in need was second to none. Most of all, Chad treasured and enjoyed the times spent with his loved ones and was a father who was always proud of his girls, Canda and Lila, as they always had a special way of bringing a twinkle to his eyes.  Chad’s devotion and loyalty to his family will live on in the hearts of his loved ones forever.

In addition to his fathers, Chad will be remembered by his loving wife, Nina (Nilsson) Butler and his beautiful daughters, Canda and Lila along with his mother who all were his world; his brother, Dale Butler; mother-in-law, Linda Nilsson-Hall; sister and brother-in-law; special aunt, Ann Marie Allen (the late Junior); his beloved canine companions, Gus and Agent; as well as aunts, uncles, cousins, nieces and nephews.

In keeping with the family’s wishes, there will be no funeral service and a private visitation will take place.  Arrangements are under the care and direction of Brenan’s Funeral Home, 111 Paradise Row, Saint John (634-7424).

For those who wish, remembrances may be made to HeadsUpGuys.org (an organization helping men dealing with depression).

Share Your Memory of
Chad
Upload Your Memory View All Memories
Be the first to upload a memory!
Share A Memory