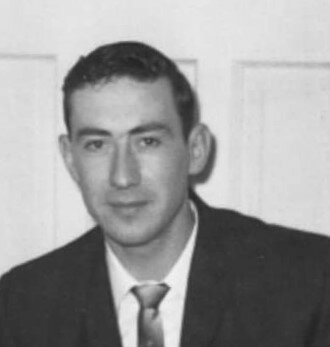 Get Directions
Friday
6
May

It is with deep sadness that the family of Earl Kenneth Francis announce his passing after a long battle with cancer. Peacefully, and surrounded by his family, Earl passed away on April 27th, 2022. Earl was born on February 20th, 1940, in Olinville, NB, to the late Kenneth and Ida (nee Mitchell).

Family and friends were everything to Earl. He was an extremely kind, loving, and hard-working man. His wife Carol was the love of his life and center of his world. Their marriage was a true testament of what true love and commitment is. He worked in construction as a heavy equipment operator his entire life. Earl was a huge fan of stock car racing. He enjoyed attending both local races, which his son participated in, and watching Nascar on TV. Earl's faith was important to him, and he was a part of the Cathedral of Immaculate Conception's parish. In his retirement, Earl found peace in mowing the grass, feeding the birds, and caring for the horses on his daughter’s farm.

Earl is survived by his loving wife of 58 years Carol (nee Doiron); two children Lisa and Michael (Nancy); sisters Inez and Judy (Paul); as well as many cousins, nieces, and nephews. He is predeceased by his parents, and his brothers Raymond, Les, and Edward.

Arrangements are under the care and direction of Brenan’s Funeral Home, 111 Paradise Row, Saint John, NB (634-7424). Visitation for Earl will be held on Friday, April 29th, 2022, from 4:00 - 7:00 PM. A Mass of Christian Burial will take place the following day, Saturday, April 30th, 2022, beginning for 10:00 am at the Cathedral of Immaculate Conception (91 Waterloo St).  Burial will take place on Friday, May 6th, 2022, at 1:00 PM at Stella Maris Catholic Parish Cemetery (58 Church Hill Ave, North Rustico, PEI. Donations in Earl's memory can be made to the Canadian Cancer Society or charity of choice.  For those who wish, condolences may be made by visiting www.BrenansFH.com.

Share Your Memory of
Earl
Upload Your Memory View All Memories
Be the first to upload a memory!
Share A Memory