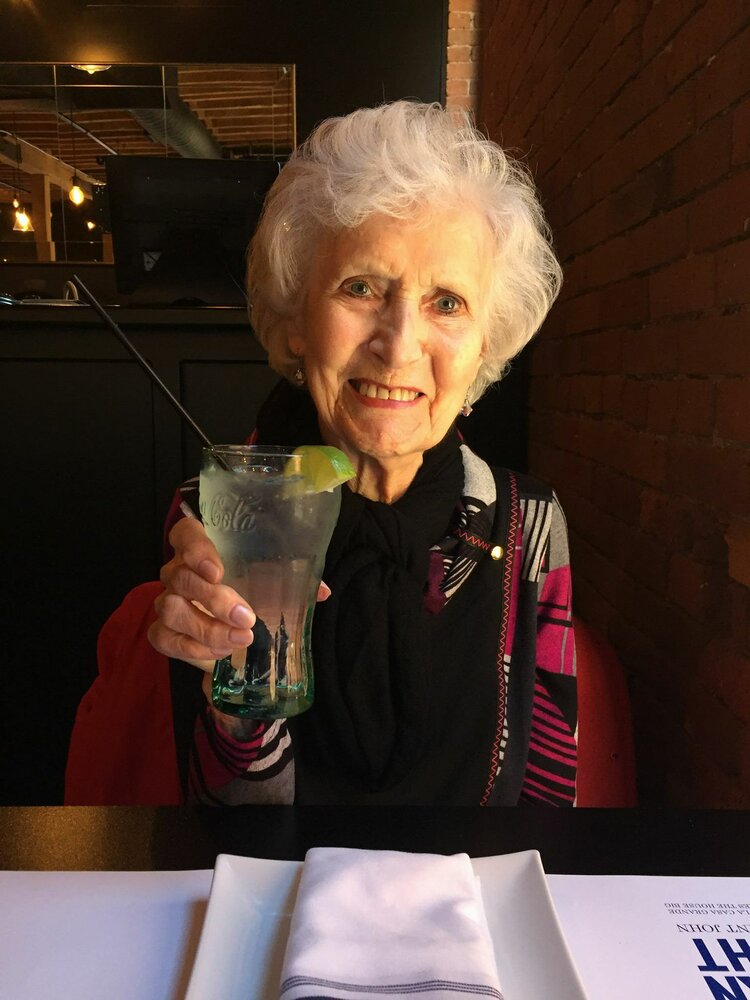 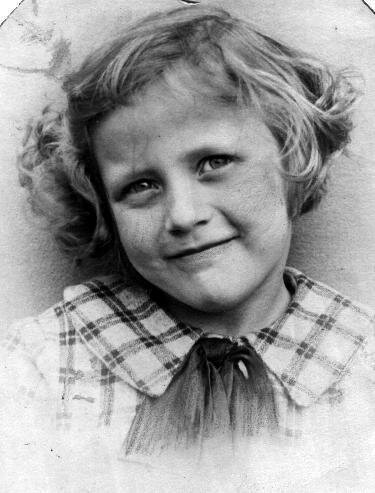 Pamela Brown (Stevenson) was born on May 13, 1930, at the London Hospital, in London, England, to John William Stevenson and Gladys May Poppleton. Alongside her twin sister, Sheila Jackson, they watched as their older siblings - Ken and Dennis Stevenson, and Sybil Fulford - served their country during WWII, living in North Wembley and attending Borden Street Primary School and East Lane Secondary Modern School. Always interested in medicine, she developed her talents for medical administration and took on each challenge with an amazing well of quiet determination.

When her older sister Sybil became a war bride, marrying a dashing Canadian soldier and setting up residence in the other London - Ontario - the recently graduated Pamela, armed with poise and the dying art of shorthand, visited her sister and fell in love with this new country. After working a spell for the Shute Institute for Clinical and Laboratory Medicine in London, Ontario, then back in England as a medical secretary in otolaryngology at the Hull Royal Infirmary in Yorkshire, she returned to Canada, and met and married Rev. Robert Ross (1928-1991) on a sunny June day in 1957. They welcomed three children - Debbie, Shelagh, and Gavin - as they migrated from Ontario to several rural parishes in New Brunswick, before serving the parish of St. Elizabeth’s in Nether Hall, Leicester for nearly a decade.

Returning to Canada to Oak Point in the 1970s, and with the children finishing high school, Pamela used her skills to work as the office manager for the Department of Medical Education for the Saint John Regional Hospital and Dalhousie University, from 1974 until her retirement in 1988. Although she was not one for the spotlight, preferring to gently observe from the background, her retirement announcement noted that her creativity and innovation were key in establishing the Saint John Regional Hospital as a major teaching facility for Dalhousie University’s medical school.

Of course, if you knew Pamela, sitting still was a foreign concept (especially if there was a sale rack or a member of the Royal Family in close proximity). In her retirement, she fed her need for art and beauty with regular travel, a home sewing business, and baking. She continued to be an active member of her church community, volunteering with various committees, prayer chains and Meals on Wheels, first at Trinity Church in Saint John, and later St. Paul’s in the Valley, Rothesay. It was here in Rothesay where she finally met her own dashing Canadian soldier, the Rev. Ken Brown (1926 - 2013). They married in September 2000, and lived life to its fullest, traveling with friends to the US and the UK. While her love of travel frequently took her back to the rolling green pastures of Yorkshire, she was proud to adopt Canada as her home, taking her citizenship test in the 1980s (in, no doubt, an impeccable outfit befitting of the occasion).

Always concerned about everyone else’s well-being and being of service to others, Pamela - also known as Poppins to her family - greeted everyone with a radiant smile, and a plate of carefully arranged homemade sweets. If you were lucky enough, you would also get a phone call on your birthday (where she sang in a soft, yet still strong, English accent), and you would be treated to a well-hidden sense of humour that was delightfully silly and shone bright when it would come out.

A lady to the very end, she was never seen without a properly coordinated outfit. Indeed, she was practically perfect in every way.

The family wishes to express its deepest gratitude and thanks to all who cared for Pamela in her final days, including the nurses and staff at Shannex Concorde and Embassy Halls, and Ridgewood - Liberty Lane, and Dr. Lisa Sutherland and Dr. Chelsey Brown.

Arrangements are under the care of Brenan's Funeral Home, 111 Paradise Row, Saint John (634-7424). At Pamela’s request, there will be no visitation, and a private family funeral will be held at St. Paul’s On The Common, Rothesay, at a later date. To honour her memory, raise a glass of gin and tonic, or a mug of coffee, and consider donating to Alzheimer’s Society of New Brunswick or the New Brunswick Heart Centre at the Saint John Regional Hospital.

To view the livestream of the funeral, please join the family by clicking on the following link:

Share Your Memory of
Pamela
Upload Your Memory View All Memories
Be the first to upload a memory!
Share A Memory