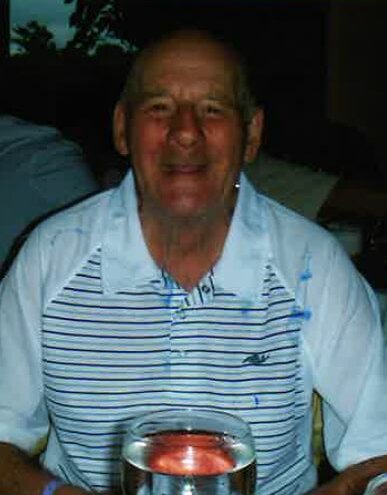 Peacefully and comfortably, Patrick Joseph Blanchard passed away at the Loch Lomond Villa on June 13, 2022, in his 90th year. Born in Saint John, New Brunswick on March 17, 1932, he was a son of Marie Blanchard and husband of 64 years to Beatrice (Whittaker).

Patrick owned and managed properties for over 50 years until his retirement, then served as a volunteer at the Chicken Noodle Club every week for many years as well. Once retired, he enjoyed spending his time fishing and gardening at his cottage. Patrick enjoyed many hobbies over the years, which included playing cards, dice, walking, speed skating, horseshoes, ring toss and darts.

Patrick would often be seen taking the youngest children for their first fishing experience, swimming, or gardening. He was always laughing and joking and could be counted on to be involved in any shenanigans possible.

In Patrick’s last few years, he continued enjoying to make others laugh and have fun with the residents and staff of Loch Lomond Village – Cedar House for the past five years, and more recently at Elm House. A heartfelt thank you to all the staff at both houses where Patrick continued to make special friends and have fun.

Aside from his parents, he was predeceased by his infant daughter, Lorraine; his sister, Joan; and brother, Ernest.

Arrangements are under the care of Brenan’s Funeral Home, 111 Paradise Row, Saint John (634-7424). A private service will be held at the grave site for his immediate family and grandchildren.

Donations made to Cedar House/Village or Alzheimer Society of Canada would be appreciated by his family. Online condolences may be expressed at www.BrenansFH.com.

Share Your Memory of
Patrick
Upload Your Memory View All Memories
Be the first to upload a memory!
Share A Memory