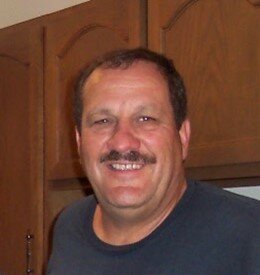 It is with great sadness and a heavy heart that we announce the passing of Terrance “Terry” Joseph Saulnier on June 17, 2022 at the Saint John Regional Hospital.

Born in Saint John on June 17, 1950, he was the son of the late Ernest and Margaret (McGovern) Palmer.

Terry grew up in the North End of Saint John. In his younger years, he would find himself in a bit of trouble.  There was one time he took vacuum cleaner wands and made mufflers out of them for his bike. Needless his mother was not pleased.  He always loved to tinker around and had a great imagination.

Terry attended Saint John Technical School, taking mechanics and electrical.  After his two years there, he realized he did not want to pursue either as a career.  He worked at various jobs like Dexter Construction operating heavy equipment and driving beer trucks throughout New Brunswick for Oland Breweries, before landing his career job as a Firefighter for the City of Saint John, N.B. for 33 years.  He loved being a firefighter and became an expert Pump Operator and later a Lieutenant and acting Captain.

After retiring, he loved spending time at the cottage on Lake Utopia and then travelling to various destinations in Canada and the United States making many friends along the way.  He never let his health issues stop him from enjoying life.

His passion for cars was great, especially the classics. His love for the water was also a great passion for him. He loved being on the water either in a canoe or a power boat or just about anything that would float.

He is survived by his wife Ruth (Kappelmann) of 44 years, his daughter Elaine both of Saint John, his son Paul of Calgary, his sister Barb Stillman (George) and his brother David Palmer (Barb), along with many other nieces, nephews and cousins.  He loved and adored his little Elaine and his son Paul whom he was so proud of.  Terry truly loved the family that chose him with all his heart.

He shared many stories with family and friends and always had a joke or two to tell to make you laugh. He will be truly missed.

Share Your Memory of
Terry
Upload Your Memory View All Memories
Be the first to upload a memory!
Share A Memory