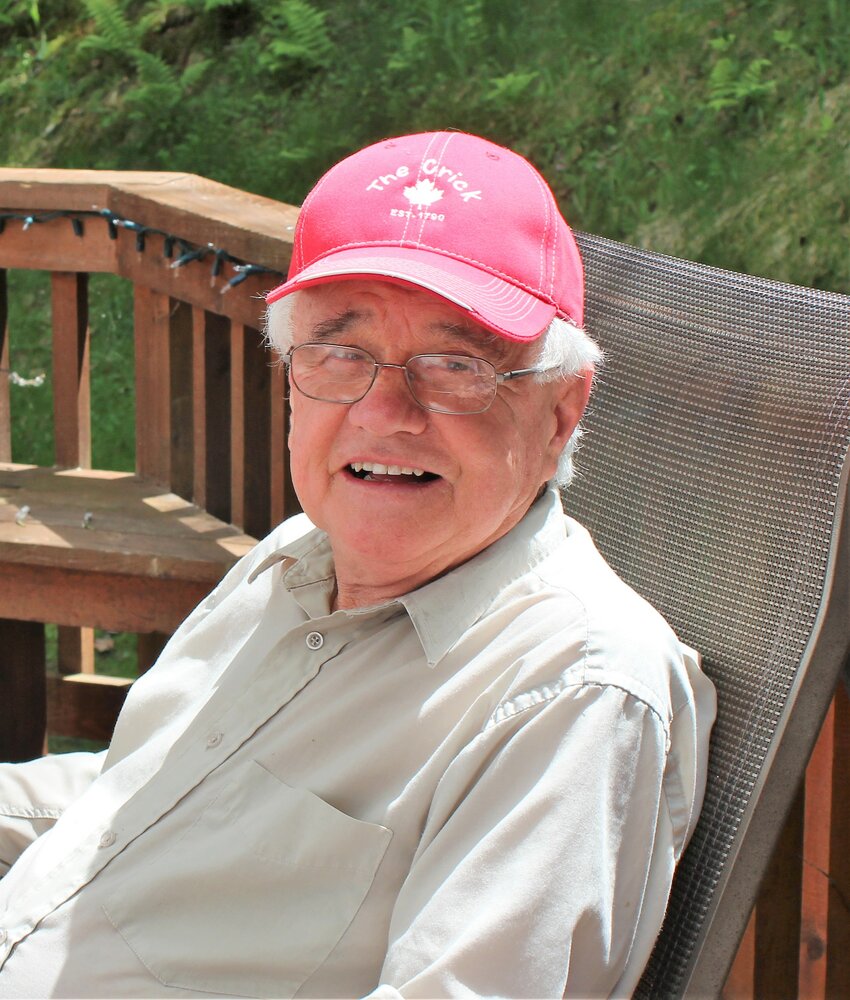 Tom was born in Halifax NS on September 29, 1938, to Elsie and Charles Reid. He spent his youth in Bible Hill NS, where he graduated from high school and completed one year at the NS Agricultural College in Truro NS before joining the Air Force in 1958.

Tom's first posting was in Summerside PEI.  He was a proud member of the Air Force Band, playing the trombone and drums and spent several years there in his chosen field of interest, working as an aircraft mechanic.  He continued this work upon transferring to the base in Trenton Ontario.   In the years to follow, he moved with his young family to Quebec and Alberta entering the oil refining industry and eventually settled in Saint John where he worked at the Irving Refinery until his retirement in 1994.  He was a well-respected employee, a trusted friend to fellow workers and enjoyed participating in company curling and bowling events.

Tom was also an avid Ham Radio operator and enjoyed the years he spent making new friends around the world.  He was a long-time member of the congregation at Forest Hills Baptist Church where he happily volunteered his time and talents to wherever he might be needed.

Tom was a kind, loving and patient father and dearly loved grandfather.  There was nothing he enjoyed more than being with his family.  Whether it was a family meal, school concert, recital, gospel sing, graduation ceremony or wedding, he could always be counted on to attend with joy in his heart. He enjoyed watching football games with his family and always wore his New England Patriots hat with pride. His wonderful sense of humor never failed to bring a smile and laughter to our gatherings. He loved the wonder of nature and all God's creatures.

He was predeceased by his parents, Charles and Elsie Reid, his sister Joan Creelman, and his brother-in-law Gordon Creelman.

Arrangements are under the care and direction of Brenan’s Funeral Home, 111 Paradise Row, Saint John, NB (634-7424). As per Tom’s wishes, there will be a private family service with no visitation. In lieu of flowers, donations can be made to the SPCA or World Vision or a charity of your choice. Online condolences may be made by visiting www.BrenansFH.com.

Share Your Memory of
Tom
Upload Your Memory View All Memories
Be the first to upload a memory!
Share A Memory