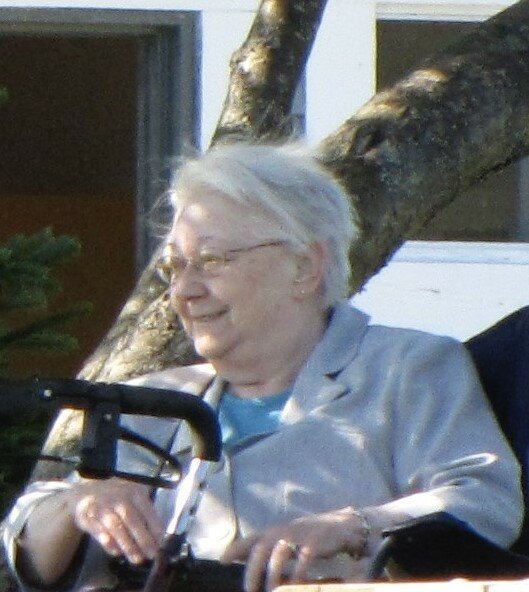 With sadness the family announces the death of Arlene (nee Cain) Powell, wife of the late Robert "Bob" Powell at The Turnbull Nursing Home on Monday, August 8, 2022. She was born on February 1, 1930 to the late Oswald and Margaret (nee Doyle) Cain.

Arlene grew up on a farm in PEI and moved to Saint John in the 50’s. She and Bob were married in 1964 & they moved to Westfield to raise their family where Arlene was an active member at St. Augustine’s Parish and was a member of the Catholic Women’s League. In 2000, they moved to Saint John where she became a member of The Cathedral of The Immaculate Conception. Arlene always loved going for a long evening walk with Bob.

Arlene is survived by her sons: Peter (Jeannine St. Amand) of Fredericton and Blair of Saint John; grandchildren: Paige and Michael Powell and several nieces and nephews. She was predeceased by Bob her husband of 49 years, her parents and her sisters: Mae Rogers, Eva Creamer, Edna Cain & Elsie Gotell.

Resting at Brenan's Funeral Home, 111 Paradise Row, Saint John (634-7424) The service will be held at a later date. Interment will held in St. Joseph's Cemetery. For those who wish remembrances to The Turnbull Nursing Home or a charity of choice would be appreciated by family.

Share Your Memory of
Arlene
Upload Your Memory View All Memories
Be the first to upload a memory!
Share A Memory