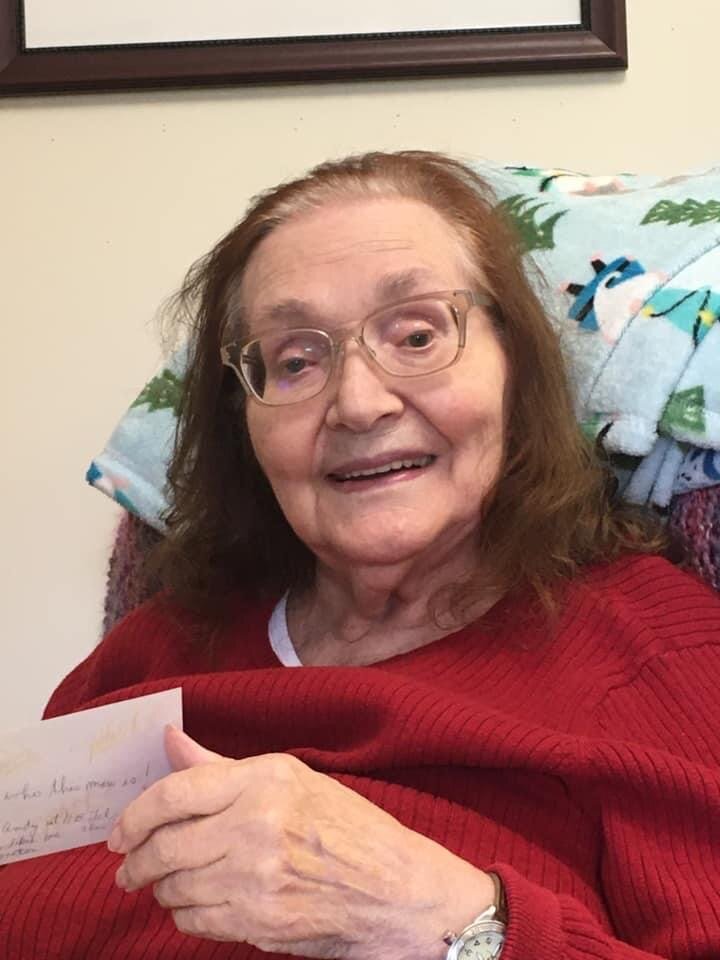 It is with profound sadness that we announce the passing of our dear mother Noreen (Suttie) Martin at Kings Way Care Centre on August 23rd, 2022 after a short period of failing health. We take comfort in having been able to be at her side the past few days while sharing stories and listening to her favourite music.

Noreen spent the majority of her life in Saint John’s south end and had several great accomplishments in her life. She was valedictorian for her Saint John High School 1955 graduating class and went on to study at Modern Business College. One of her first jobs was in the insurance industry where a pay increase request was met with a box of sardines. She next worked at CFBC Radio as a commercial writer. In 1960, she married James Martin and became a cherished mother to Bradley (Lynn), Eric (Johanna), Andrew, and Lori Berry (David) and a special sister-in-law to Donna Belding (John).

Noreen will be remembered for her quiet and generous nature. She enjoyed a wide network of friends from childhood, summers at the camp, work, and her social outings. She was well known as the dedicated long time crossing guard for children going to St Joe’s school but quietly also brought children in at lunch if they would otherwise go without. For over 25 years, she was the evening ward clerk at both the General’s and Regional’s SICU, becoming a mother hen to all of her nurses, making sure they were well fed and that their children’s phone messages were relayed while they worked. When she didn’t work, she made sure the fridge at home was well stocked for her boys and the countless friends that wound up with them. Carefully prepared chicken salad and individually wrapped homemade sub sandwiches were standard fare. She also enjoyed family visits to Nova Scotia, Christmas decorations, music and going to local dances.

Noreen loved and supported the Uptown and the shops and community within. Noreen frequented the neighbourhood businesses and followed a weekly routine… Lords in City Market for a chowder and scallops lunch and a 2-piece of fish and chips to go for later, Tops Restaurant, Titus Bakery, IGA, and the Beauty Spot were well supported over the years. Saturdays were spent with her sister Barb, brother-in-law Doug and sister-in-law Audrey, starting with a morning breakfast out somewhere, then followed by a drive, usually getting lost somewhere, but always making it back home, laughing all the way.

Noreen’s greatest enjoyment was spending time with her grandchildren Katie, Hannah, Keith, Jeremy, and Summer. She was also ‘Nee Nee’ to the Beldings, Brock, Kara, Kala, Brent, and Kendra. Her apartment was the meeting spot before bundling up and heading out to annual Christmas parades and anything happening Uptown. She tagged along on camping trips (with lots of food) but may have been the only camper to ever have packed white tops and slacks.

Eric and Lori, are forever grateful for the excellent care she received over the last 4 and a half years at Kingsway Care Center. Special thanks to Evie Toner whose friendship, care and compassion to mom will never be forgotten.

Resting at Brenan’s Funeral Home, 111 Paradise Row, Saint John (634-7424), with visiting on Friday, August 26, 2022, from 4 to 8 pm. A Funeral Liturgy will be held on Saturday, August 27, 2022, at 3 pm from Brenan’s Chapel. In lieu of flowers, remembrances to the NB Heart Centre, Community Autism Centre Inc, or ASIST would be appreciated by the family.

Share Your Memory of
Noreen
Upload Your Memory View All Memories
Be the first to upload a memory!
Share A Memory