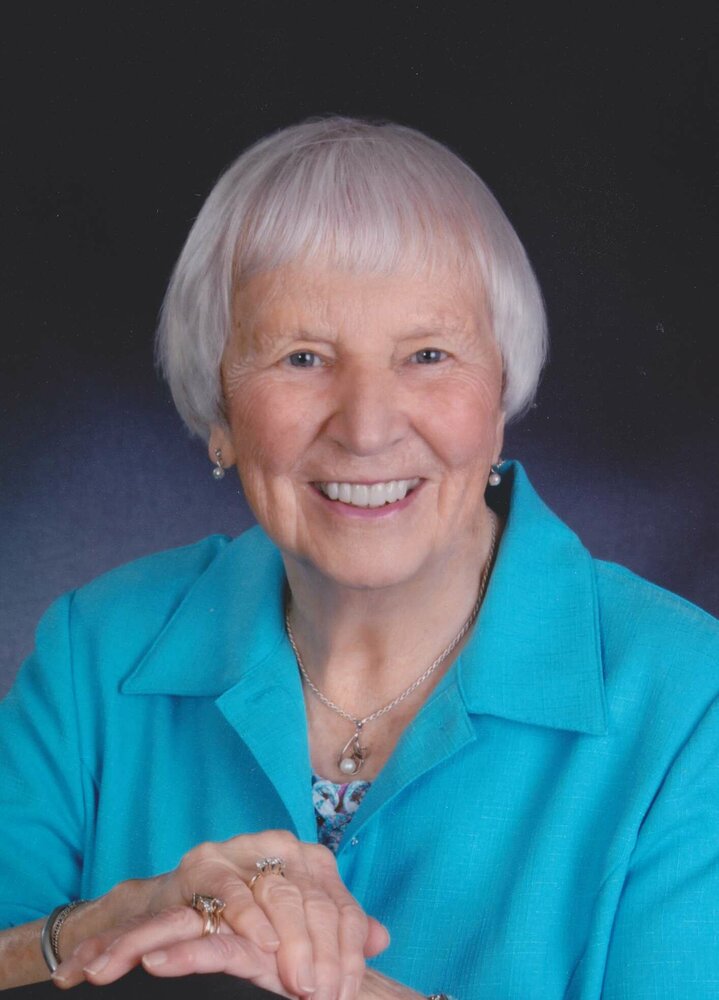 It is with heavy hearts that the family of Lois Anita Teed (nee Smith) announce her passing on September 30, 2022, at Saint John Regional Hospital.

Daughter of Ebenezer and Wilda (nee Hogaboam) Smith, Lois was born in Trois Rivieres, Quebec on October 22, 1927.  She was the favourite youngest sister to Jane Currie, Efthaniel Reid, Madge MacPherson, and her brother Robert Smith.

Lois attended and graduated from McGill University Teacher’s College where she played on the university basketball team.  She subsequently attended the University of New Brunswick where she met her future husband, Eric L. Teed who then embarked on a determined pursuit to win her hand in marriage! They wed in 1949 and established Saint John as their home.

Missing her family in Quebec, she was determined to have a large family of her own and welcomed five sons - Robert, Peter, Christopher, Terry and David.  She raised these active little boys while supporting her husband in his legal career, community service and municipal and provincial politics. Undaunted by challenges, she designed their large family home overlooking the Bay of Fundy on Seawood Lane. Lois was a skilled homemaker and proved to be very capable and proficient in all aspects of home decor and maintenance. She excelled as a gardener and her flower gardens were admired by many who walked along the oceanside past their home.  For sixteen years, Lois also ran her own business as she owned and managed the Plaza Beauty Salon in the former Lansdowne Mall.

Lois was an accomplished curler and a member of the N.B. Senior Women’s Championship Team which competed nationally. As an excellent card player, she enjoyed many years in her bridge club.  Lois was a member of St. Mark’s United Church and the U.C.W.  She was a member of the H.M.S. Hood chapter of the I.O.D.E. for 27 years and twice served as President.

Lois and Eric immensely enjoyed travelling and took trips throughout Canada and to Europe and southern destinations with their sons. They literally travelled around the world twice for both legal conferences and pleasure.  In later years, they were happy to explore new destinations with their sons and their families as well as Lois’ sister Jane and her husband Gale, making many happy memories.

Share Your Memory of
Lois
Upload Your Memory View All Memories
Be the first to upload a memory!
Share A Memory