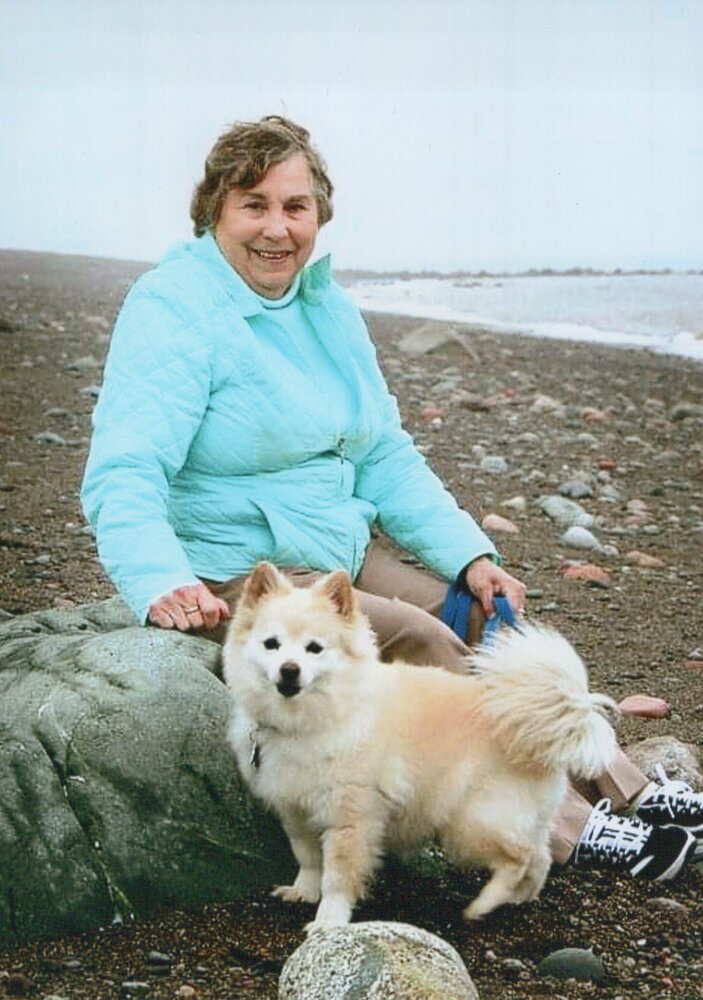 Surrounded by family, Ann Catherine Carleton passed away peacefully on October 2nd, 2022, at the Rocmaura Nursing Home. Born in Cornerbrook, NFLD on April 7th, 1933, she was the daughter Nicholas and Isabel (nee Corbett) O’Neill.

Ann had a long career as an LPN at the DVA and the Saint John Regional Hospital in Orthopedics, later becoming a Ward Clerk for the SJRH prior to her retirement.

Faith played a significant role in Ann’s life. When she moved to Saint John Ann, her husband Charlie, and their children lived on the Westside. As a family they attended both St. Rose and Assumption Churches.

Ann was an avid reader who would pick up any book she could find. She could spend hours curled up reading away the day. As much as Ann enjoyed relaxing, she was also a very active woman attending Tai Chi and Yoga classes. She also enjoyed taking her dog Tabitha for walks and listening to country music.

She is predeceased by her husband Charles W.; parents Nicholas and Isabel; sisters Cecilia, Eileen, Deloris, and Gertrude; brother Henry; as well as her infant siblings Nicholas and Marjorie.

A special thank-you to her dear friends Ann Harrison and Norah Sullivan-O’Toole, who will miss her deeply. The family would also like to acknowledge the compassionate care provided to Ann and her family by the staff at Rocmaura.

Resting at Brenan’s Funeral Home, 111 Paradise Row, Saint John, NB (634-7424), visitation for Ann will be held on Thursday October 6th, 2022, from 10:00 AM – 12:00 PM. The Funeral Liturgy will directly follow visiting beginning at 12:00 PM. A reception in Ann’s memory will take place at Brenan’s Paradise Row Reception Center after the service. Donations in Ann’s memory can be made to the Heart and Stroke Foundation, or the Alzheimer’s Society. For those who wish, condolences may be made by visiting www.brenansfh.com