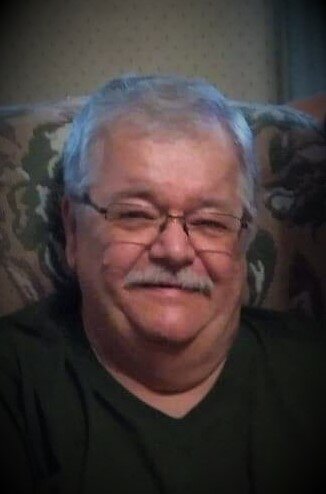 Peacefully, with family by his side, at Bobby’s Hospice, on Wednesday, October 12th, 2022, Edward Douglas Saltzman passed away at the age of 68. Born in Saint John, son of the late Stan and June Saltzman (nee Olton).

Ed will be deeply missed by his beloved wife Marsha (nee Walton), his children Laura (Gerald), George (April), and Lester. Ed’s memory and many laughs will be cherished by his grandchildren Liam and Rosalyn.

He is survived by his sister Darlene (Brian) Johnston, brother Mark, as well as several nieces and nephews.

Fur-babies were forever a part of the Saltzman home, Charlie and Pippa will miss Ed dearly, as well as his “grand fur-babies.”

Through his work years, Ed enjoyed bartending at the Carleton York Regimental Club, driving for Expert Delivery, and working in the Lumber Yard at DMJ transport.

Ed exuded fun, embodied the Christmas Spirit each December without fail, and faced the adversities of an industrial accident in stride (prosthesis leg and all).  He was a die-hard fan of the Montreal Canadiens and Toronto Blue Jays.

In keeping with Ed’s wishes cremation has taken place. Friends and family will be received at Brenan’s Funeral Home (634-7424), 111 Paradise Row, Saint John, on Saturday, October 15th, 2022, from 2 to 8pm; where the Funeral Service will be held on Sunday afternoon at 1pm. Private interment in Cedar Hill Extension Cemetery.

In lieu of flowers, donations in Ed’s memory may be made to Bobby’s Hospice, Westfield United Church (June’s Kitchen), S.P.C.A., War Amps or a charity of your choice. Online condolences and memories may be shared at www.BrenansFH.com.