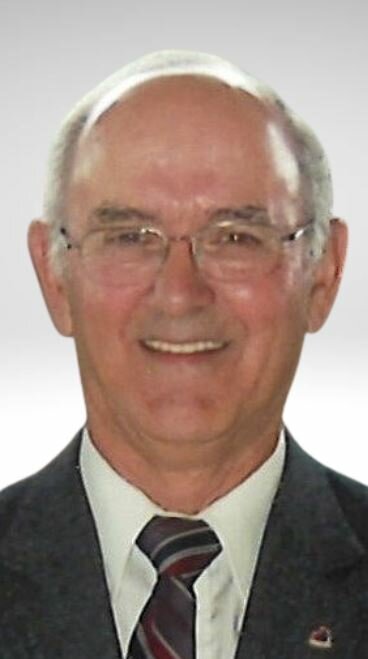 Thomas Boyle Tracey died peacefully on Friday October 14, 2022, in Saint John, NB, a city he loved and the place he was born in 1940, the eldest child of Sarto and Georgina Tracey (Nolan).

Tom was a sixty-year member of the International Union of Bricklayers and Allied Craftworkers Local 8 (BAC), serving on its executive at various times throughout his career. His training as a stone mason began at age thirteen, apprenticing under his father Sarto, carrying on a family legacy of master craftsmanship spanning generations. Saint John’s finest commercial, public, and residential buildings bear testament to his legacy and to his father and his father before him.

In addition to his service on the BAC, Tom was honoured to sit on the Board of Directors of the Hathaway Trust, raising funds for the Worker’s Monument and Hathaway Labour Exhibit at The Lily Lake Pavilion. Being among those awarded by the City of Saint John for their work on this project, was one of the proudest moments of his life.

He stayed active serving his community through a variety of organizations including The North End Residents Association, The Knights of Columbus, The Elk Lodge and The Fundy Diver Scuba Club. A life-long learner, Tom taught himself to play the guitar while in the army and in later life, took fiddle lessons. His inability to master the fiddle didn’t dampen his appreciation of the music.

It was in Saint John where, as a young army recruit, Tom first laid eyes on Melva Hobbs who was working at a downtown diner.  Sprite and spunky, she was a dead ringer for Judy Garland and was often asked to model for local department stores. He was smitten. She ignored him. Undeterred, he raced back to CF Gagetown, got her name tattooed on his arm, “borrowed” a military vehicle and sped back to Saint John to propose marriage. They tied the knot in October 1960. The next year they welcomed daughter Linda, followed by sons Thomas then Michael. Tom and Melva made Saint John’s north end their family home, where they lived until Melva’s death in 2010.

Following Melva’s passing, Tom was fortunate to find late-life love and companionship with Isabelle Miller. They shared their lives for nearly a decade, enjoying their time together at Isabelle’s home in Sussex and Tom’s camp in the Cambridge Narrows.

Thomas, Michael, and their spouses would like to especially thank the staff at Tucker Hall and Mary Beth Cronin for being by Tom’s side in the final few days of his life. Friends and family are invited to a visitation to share stories and to celebrate Tom’s life, Thursday October 20, 6PM-8PM at Brenan’s Funeral Home, 111 Paradise row, Saint John (634-7424).  A private interment will take place in St. Joseph’s Cemetery. In lieu of flowers, Tom’s family encourages you to make a donation in his honour to The Lily Lake Pavilion. www.BrenansFH.com.

Share Your Memory of
Thomas
Upload Your Memory View All Memories
Be the first to upload a memory!
Share A Memory