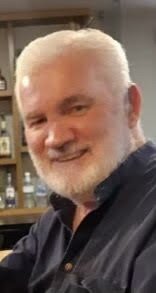 Born June 20th, 1952, to Gordon and Marion McNamee of Saint John, New Brunswick. He was one of 9 children in a close knit Irish Catholic Family.

Bob graduated from St Malachy’s High School in 1970 and joined the Saint John Fire Dept in 1975.

He loved his career on the Fire Dept and he made many lifelong friends, including special friends Joey Armstrong and Kevin Forrest. Bob loved to share stories of his time on SJFD. He retired early due to illness and missed the job a great deal. Recently he enjoyed living beside the West Side Fire Department and watching the trucks come and go, often wishing he was with them.

He took great pride in his Irish heritage and took two extended trips to Ireland alone to explore the country and enjoy the pubs. He must have made an impression as on his second trip a bartender exclaimed “You’re Back!”. Dad made friends everywhere he went especially if they also enjoyed a beer.

Bob loved carpentry and any work he could do with his hands. He was a jack of all trades and eagerly helped any family or friends that needed a hand even though his health presented challenges. In recent days many have remarked on the life lessons learned by watching Bob navigate the challenges that life presented. Bob’s sense of humour never failed. He kept everyone laughing until the end.

Bob was married in 1972 to Jane Marie Martin who passed in 2004. He is also predeceased by his parents, brother Peter and special cousins Bob (Fitzy) and Karen Fitzgerald

He will be greatly missed, fondly remembered, and remain forever in our hearts.

Arrangements are under the care and direction of Brenan’s Funeral Home, 111 Paradise Row, Saint John, NB (634-7424). Dad has chosen a graveside service at St Patrick’s Cemetery in Golden Grove which will be held this Friday, November 18th, 2022, at 1pm. Donations in memory of Bob may be made to Parkinson Canada. Online condolences may be placed at www.BrenansFH.com