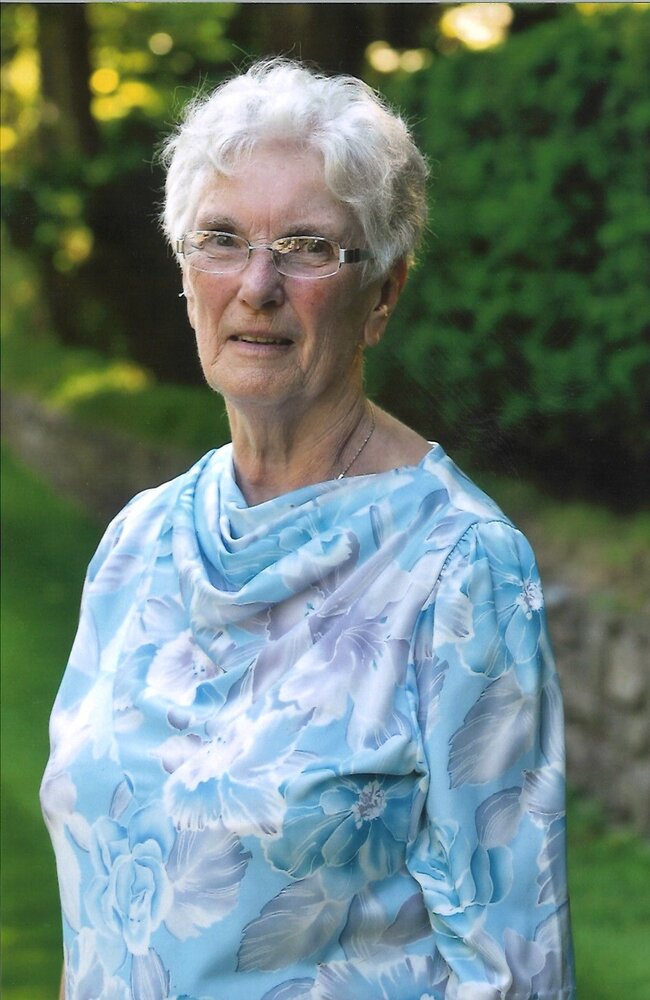 It is with heavy hearts we announce the passing of Berenice Agnes Blizzard on Monday, November 28, 2022 at Kennebec Manor Nursing Home. Berenice was born at home in Bayswater on April 12, 1929, the only daughter of the late Lottie & Roy Neves.

Berenice is survived by her five children, Julie Fowler (Nelson) of Bayswater, Carolyn Blizzard (Peter Allen) of Campbell River, BC, Peggy Davidson (Darren) of Victoria, BC, Reginald Blizzard (Carmelle) of Campbell River, BC and Richard Blizzard (Susan) of Norton along with her grandchildren, Christopher, Sarah, Sabrina, Jillian, Amanda and Scott; great-grandchildren, Austin, Walker, Casey, Oliver, Maverick, Paxton and Rainne. In addition to her parents, Berenice was predeceased by her loving husband of 62 years Leonard, her brothers Perry, George, Harold and Lester, her step father Lloyd Buckley as well as her two dearest friends in the world Dorothy Phillips and Georgie Williams.

Berenice loved her gardening which led into canning all types of fruits and vegetables. She was a tremendous cook and baker and if you left the table hungry it was your own fault. In the winter months you could find her sitting in her glider rocker with her crochet hook making dish cloths, doilies and hand towels. She was a hard working, stay at home mom who made our house a home. She was a member of the Peninsula Pearls and loved to socialize with her fellow seniors and enjoyed the days trips they would take. She also enjoyed the Thursday night card games at the Williams Community Hall in Crystal Beach. She was strong willed enough to make multiple trips on her own to the West Coast to visit her children and grand children.

She will be deeply missed. We would to thank the Kennebec Manor management and staff for the tremendous care they gave our mother.

Arrangements are under the care and direction of Brenan’s Funeral Home, 111 Paradise Row, Saint John, NB (634-7424). A Funeral Service will be held on Saturday, December 3, 2022 at 1:00 PM in The Brenan’s Chapel with visitation prior beginning at 11:00 AM. Interment will take place in Harding's Point Loyalist Cemetery following the service. Donations in memory of Berenice may be made to Kennebec Manor.

Share Your Memory of
Bernice
Upload Your Memory View All Memories
Be the first to upload a memory!
Share A Memory