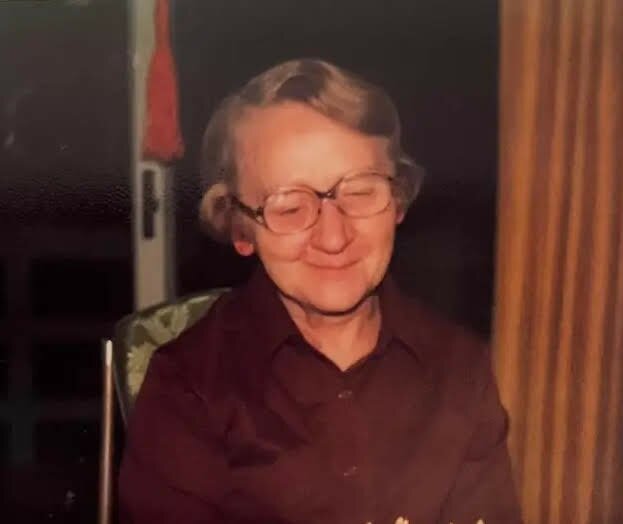 Willa Frances Steeves passed away peacefully at the Kingsway Care Home in Quispamsis, NB on Friday, December 16, 2022. Born in Steeves Mountain, NB she was the daughter of the late Judson and the late Enid (Johnson) Steeves.

She is the last surviving member of her family as she was predeceased by her brothers Allison and Hubert Steeves.

She will be sadly missed by her nephew Brian Steeves (Leslie) and niece Janice (Steeves) Brown of Steeves Mountain; grandnephew Joshua Steeves and grandnieces Angela Leaman (Julian) and Sarah-Anne Steeves.

Willa began her teaching career in Dover, NB and eventually moved to Saint John where she taught at Loch Lomond School, Woodlawn School and Simonds High School. Always a learner, she studied through her summers to achieve her B. Ed. and M. Ed from UNB, Fredericton. For 35 plus years teaching was her passion and she delighted in passing her superb math skills onto her students. She found friendship among many of her Saint John colleagues but never missed an opportunity to return home and spend time with her family in Steeves Mountain.

Arrangements are under the care and direction of Brenan’s Funeral Home, 111 Paradise Row, Saint John, NB (634-7424). A funeral service will be held in her honour at the Second North River Baptist Church, Second North River, NB on Tuesday, December 27th at 11am. In memory of Willa, donations can be made to a charity of the donor’s choice. Online condolences may be placed at www.BrenansFH.com

Share Your Memory of
Willa
Upload Your Memory View All Memories
Be the first to upload a memory!
Share A Memory