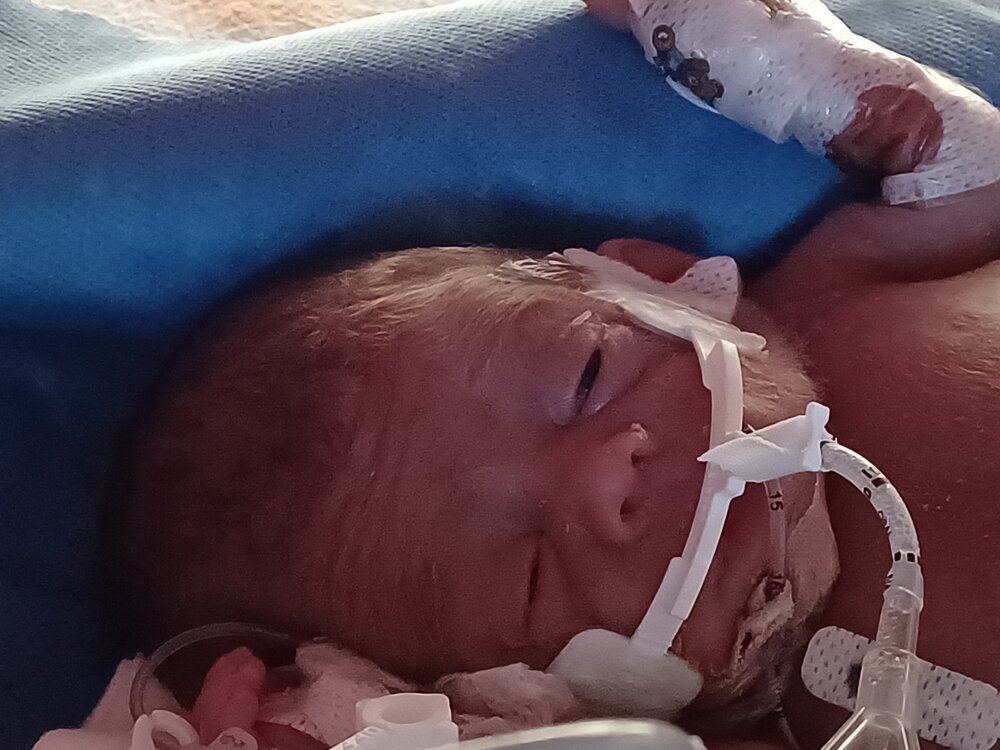 “A life need not be long to have been meaningful.” -Author Unknown.

Though his days were not many, Dylan was deeply loved and found a permanent spot in the hearts of everyone especially the hearts of his mommy and daddy. While with them Dylan fought hard to stay, and he showed his parents how to be strong and courageous, perhaps because he they knew would need it.

Funeral arrangements are under the care of Brenan’s Funeral Home, 111 Paradise Row, Saint John, (634-7424) with visitation from 12:00 – 1:00 PM, Thursday, December 22, 2022, with a funeral service to follow in Brenan’s Chapel at 1:00 PM. Dylan’s mommy and daddy have asked in lieu of flowers that a donation be made to Lion’s Sick Children Fund or the IWK be made in his memory.

“I cried when you passed away. I still cry today. Although I loved you dearly, I couldn’t make you stay. A golden heart stopped beating, hard working hands at rest. God broke my heart to prove to me he only takes the best.” – Author, Myra Elswick.

Share Your Memory of
Dylan
Upload Your Memory View All Memories
Be the first to upload a memory!
Share A Memory