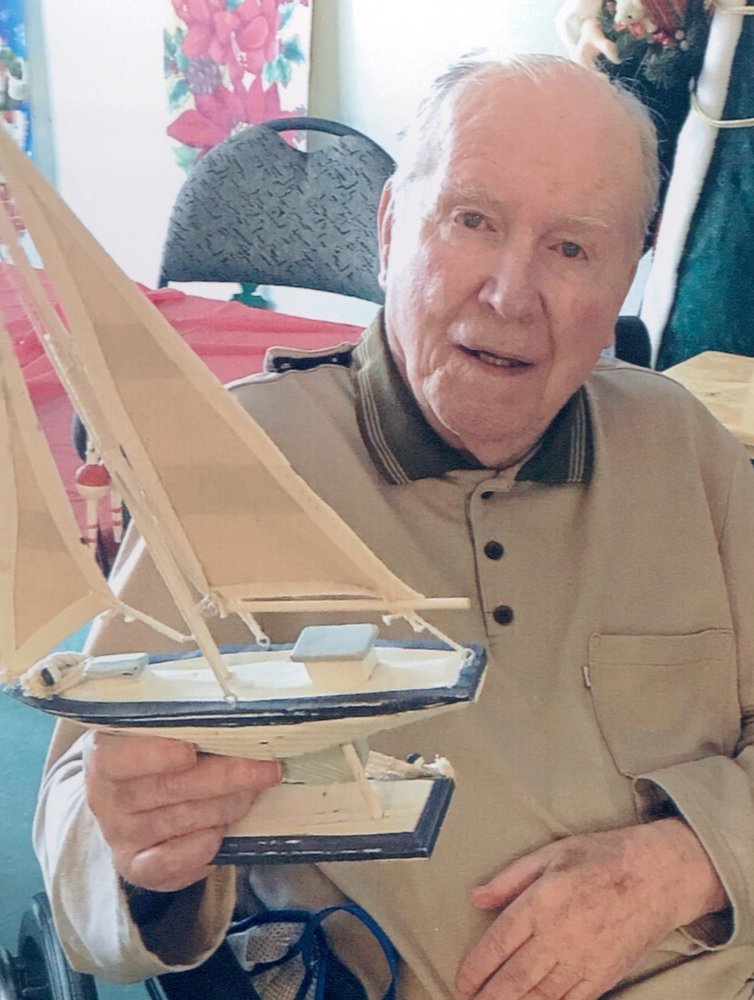 With appreciation of life well lived, we grieve for the passing of Ronald Tremaine Gard, which occurred on Monday, June 24, 2019 at his residence in Carleton Kirk Lodge.  Born on July 7, 1925, he was a son of the late Louis and Ethel (Noble) Gard.

After graduating from a university in Toronto, Ron set up his Optometry practice in Fredericton, where he joined the flying club and piloted his own plane. Ron’s sense of adventure and passion for sailing led him back to Saint John with his practice. His love for sailing started as a child, sailing with his father out of Renforth, their family home. This deep love of the water kept him occupied for over 70 years. He was a member of the Royal Kennebecasis Yacht Club for 50 plus years.

His other loves were reading and music, especially classical; over the years, he acquired extensive collections of both. After retirement, he would spend the winters in Florida. There he developed an interest in painting- sharing his work with family and friends.

Ron will be remembered by his nieces and nephews: Shelly McClary (Rick), Steven Gard (Tammy), Sherie Gard, Calla Jobb (Dave Budd), Blake Jobb, Trent Jobb (Laurie), and Kara McKinnon (Gordie); and close friends Brian and Susan Moore, and Aaron and Margie Trafton and their daughter, Cathleen. Besides his parents, Ron was predeceased by his brother, Willard Tremaine Gard, and his sister, Lois Jobb.

The family would like to extend a special thank you to the staff of Carleton Kirk Lodge for their care and friendship to Ron during his time there. Your kindness will not be forgotten.

Arrangements are under the care of Brenan’s Funeral Home, 111 Paradise Row, Saint John (634-7424). Interment will take place in Fernhill Cemetery at a later date. www.BrenansFH.com.