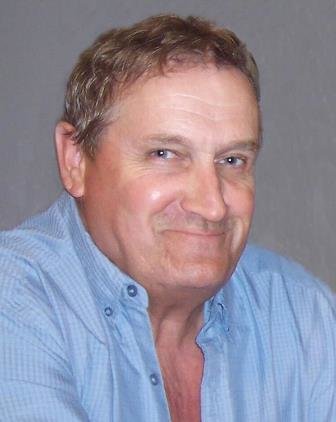 With saddened hearts his family mourns the loss of John Timothy “Tim” Withers, beloved husband of Patti (Stevenson) Withers, which occurred on Saturday, September 21, 2019 at the Saint John Regional Hospital.  Born on January 1, 1948 in Saint John, he was the son of the late John and Dorothy (Slocum) Withers.

Tim was a kind, caring gentleman who gave all he could of himself to those who needed help.  Tim enjoyed fishing, hunting and playing cards with his buddies W, W, W and W.   He made family his priority and especially loved being with his family at the summer camp in Long Reach.

Tim shared over fifty-three years of love and friendship with his wife Patti and was proud of the accomplishments of his children and grandchildren.  He will always be lovingly remembered by his children, Katie Trask (James) of Quispamsis, Melenie Withers (Richard Venerus) of Calgary and John Withers (Jenna Winchester) of Rothesay; his grandchildren (who called him Bapoo), Hayden and Elise Withers, Steven and Ally Trask, Julian Venerus and his soon to be born baby brother; his siblings, Larry Withers (with whom Tim shared a special bond) and Sue of Montreal, Jane White (Bud) of Long Reach and Paul Withers (Roberta) of Saint John; brothers-in-law, Jack Evans of Quispamsis and John Stevenson (Katherine) of Nova Scotia; as well as many nieces, nephews, great-nieces and great-nephews.  Besides his parents, he was predeceased by his infant sister, Jessie Withers; his sister-in-law, Marilyn Evans and his parents-in-law, Jack and Eileen Stevenson.

Prior to retiring, Tim was employed at Keystone Printing and Lithographing Ltd. as the secretary - treasurer.  This was a career he truly enjoyed.  He was a man of many talents and could fix or build almost anything.

In keeping with Tim’s wishes, there will be no formal visitation or funeral service.  A private gathering for family and close friends will be held at a later date.

Arrangements are under the care and direction of Brenan’s Funeral Home, 111 Paradise Row, Saint John (634-7424).  Condolences may be made on their website at www.BrenansFH.com or mailed to 10 Fireweed Drive, Quispamsis, NB, E2E 5Z8.

For those who wish, remembrances may be made to Parkinson Canada or a charity of the donor’s choice.