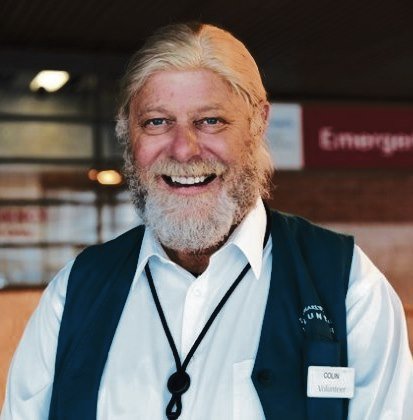 The death of Colin Irving occurred in Toronto, ON on Tuesday, October 8, 2019.

He is survived by his mother Suzanne, his brother John and his wife Elizabeth, his sister Anne and her husband John Oxley, five nephews, one niece and many friends.

Colin was predeceased by his father Jack and his grandparents; Dr. Isaac Keillor Farrer and Marjorie (Matheson) Farrer and Kenneth Colin Irving and Harriet (MacNarin) Irving.

Colin was an honours graduate of Saint John High School, Class of 1983. He attended Saint Mary’s University in Halifax, NS and Pepperdine University in Malibu, California.

His career focused on the television and film industry. After living in Los Angeles, he returned home to Canada and resided in Toronto, ON.

While he was a private person, he was known for his larger than life personality and his ability to light up a room. He had a love of music and the guitar.

Colin was extremely proud of his volunteer work and gave his time to many charitable and community activities. In recent years he dedicated his time to those in need. In particular, he spent many hours volunteering in the Oncology Department at Sunnybrook Hospital, and the Emergency Department at St. Michael’s Hospital. His meaningful contributions helped many patients.

Arrangements are under the care of Brenan’s Funeral Home, 111 Paradise Row, Saint John, NB (506-634-7424). In lieu of flowers, donations in memory of Colin may be made to; either Sunnybrook Hospital or St. Michael’s Hospital in Toronto, ON or the charity of the donor’s choice.

Online donations and condolences may be made at: www.brenansfh.com.

Share Your Memory of
Colin Dargarvel
Upload Your Memory View All Memories
Be the first to upload a memory!