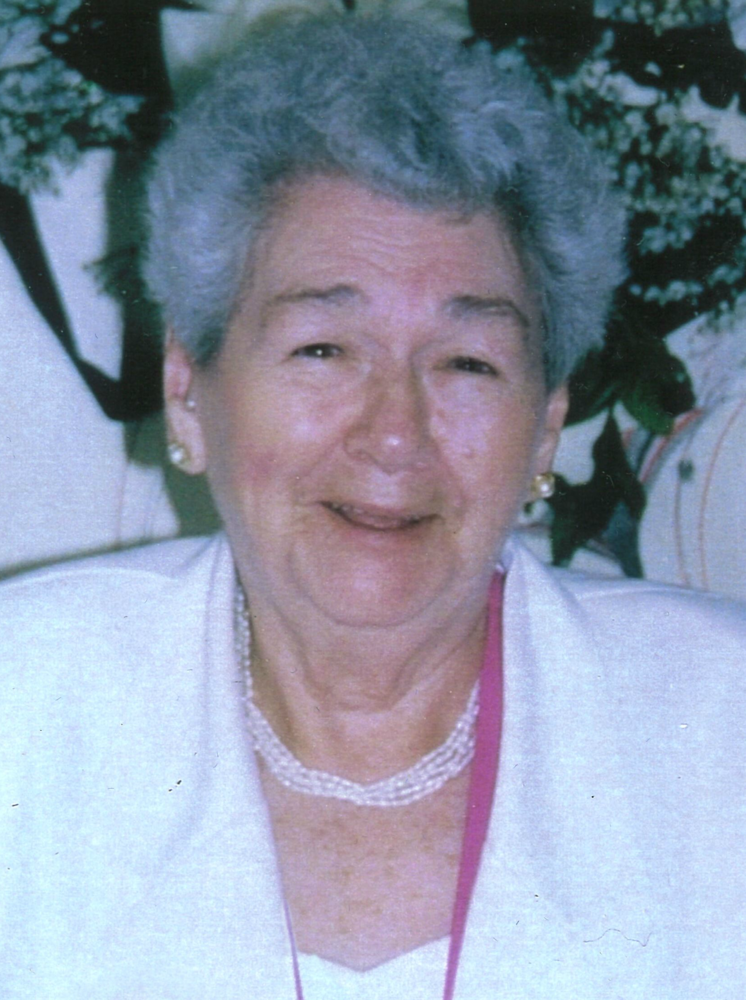 With gratitude for a long life, it is with great sadness that the family of, Helena Mary Donnelly, wife of the late William Donnelly, announce her peaceful passing on November 1st 2019 at Embassy Hall Shannex Quispamsis at the age of 104. Born in Randolph, NB, August 11th 1915, Helena was the daughter of the late Vital and Elmire (DesRoche) Bastarache. In 1932 she married William who had immigrated from Scotland and they began their married life and raising a family of five.

After losing her husband in a tragic accident in 1958, Helena was hired by Dr. Wesley Stephen. He was later instrumental in Helena securing a job at the Saint John General Hospital in Central Supply. For this, she was forever grateful. She finished out her working career at Centracare as a Psychiatric Attendant, retiring at the age of 67.

Helena loved spending time with her family. In earlier years she enjoyed camping and traveling with grandchildren to support them in their many activities. She was an avid knitter, a great cook and loved to play cards, especially canasta and auction 45’s. The family would like to extend their heartfelt appreciation and affection to the caregivers of  Embassy Hall, where Helena has resided for the past 9 years, for their exemplary, professional and loving care. You were all angels sent to care for our special "Mama, Nanny Donnelly, Granny Nanny, sister, aunt and friend. Words cannot express how thankful we are to all of you.

Resting at Brenan’s Funeral Home, 111 Paradise Row, Saint John, N.B. (634-7424) with visitation on Friday, November 8, 2019 from 4-8 PM. A Mass of Christian Burial will be held on Saturday, November 9, 2019 at 10:00 AM at The Cathedral of Immaculate Conception. As expression of sympathy, donations to Bobby’s Hospice, Alzheimer Society of NB or a charity of the donor's choice would be appreciated by the family. Online condolences can be placed at www.brenansfh.com

Share Your Memory of
Helena
Upload Your Memory View All Memories
Be the first to upload a memory!